The Cyprus church located in western Harnett County was organized in 1827 though it dates back to 1823 when it was a preaching point owned by the Munroe family. In its graveyard is a stone marked 1829.  Descendents of the famous Rob Roy clan of Scotland are buried here, as are members of the Company D forty-first regiment of the Third Calvary, which refused to surrender at Appomattox.  Many local youths and men were lost at Gettysburg. Empty graves with memorial markers honor those who were killed in service.

The church is furnished in heart pine, which could well be the original furnishings, polished and yellowed to gold.

One story about the church is that when the road was built passing the church the men worked on the roads only while a Scotsman played the bagpipes as they worked. 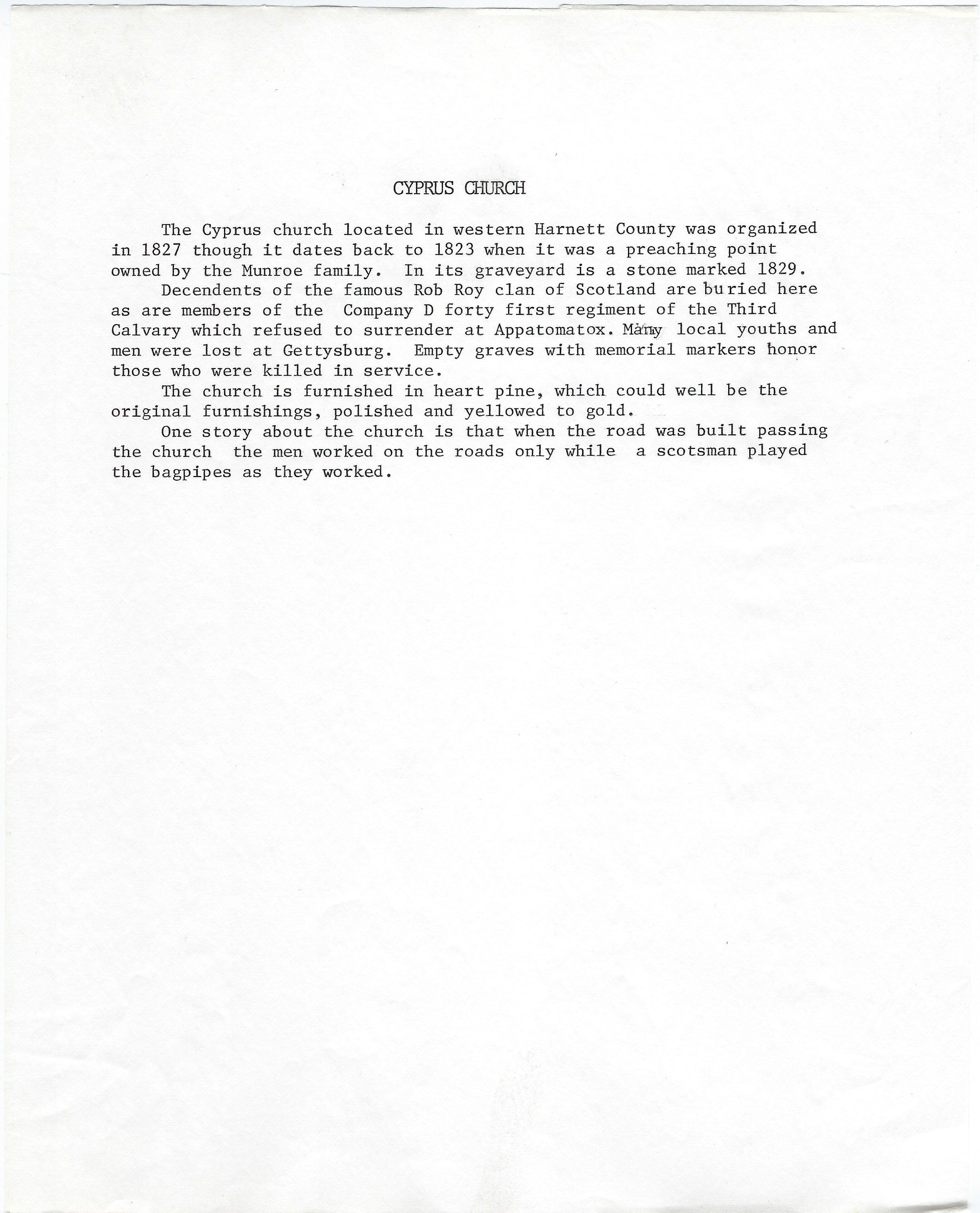 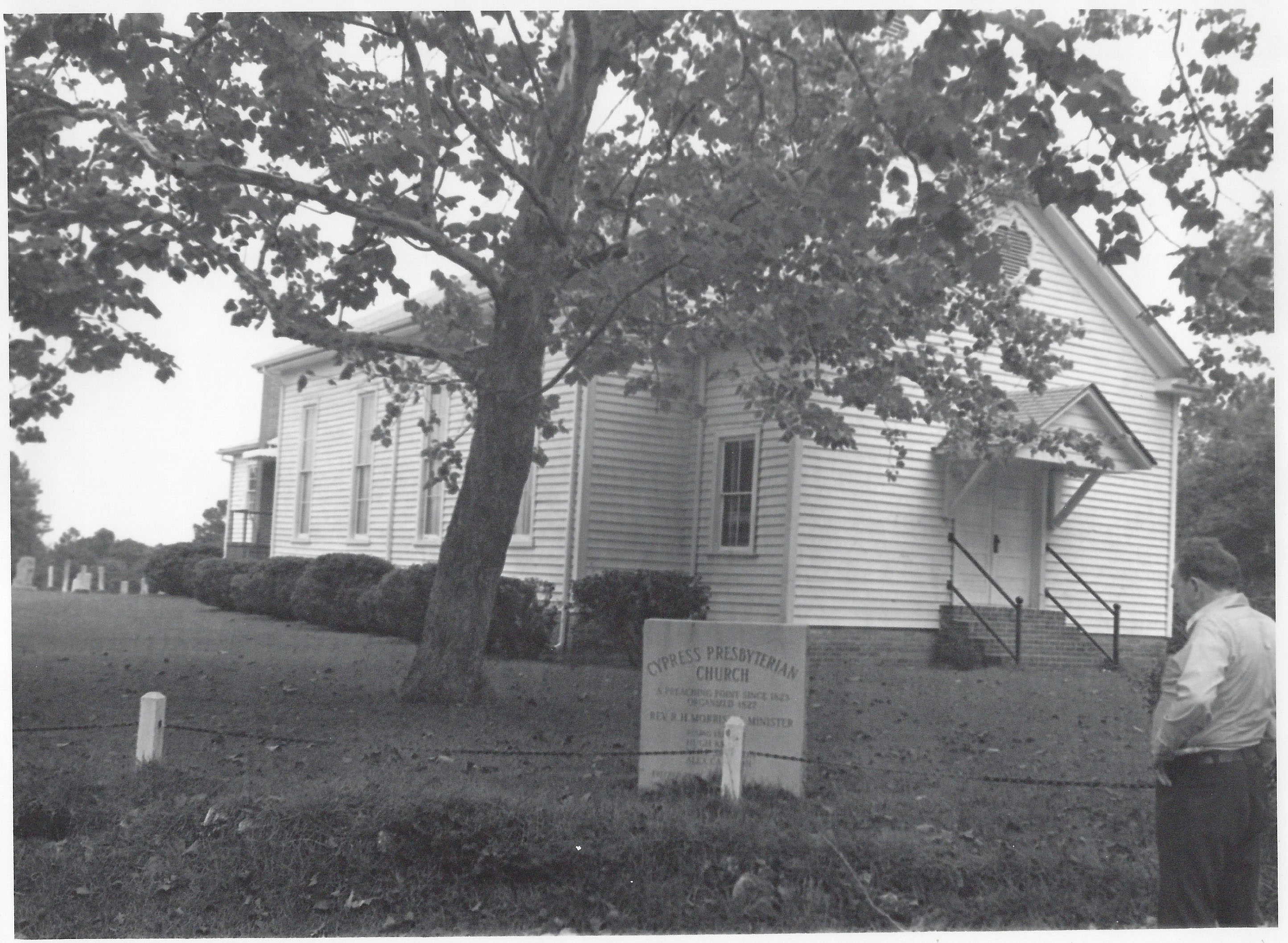 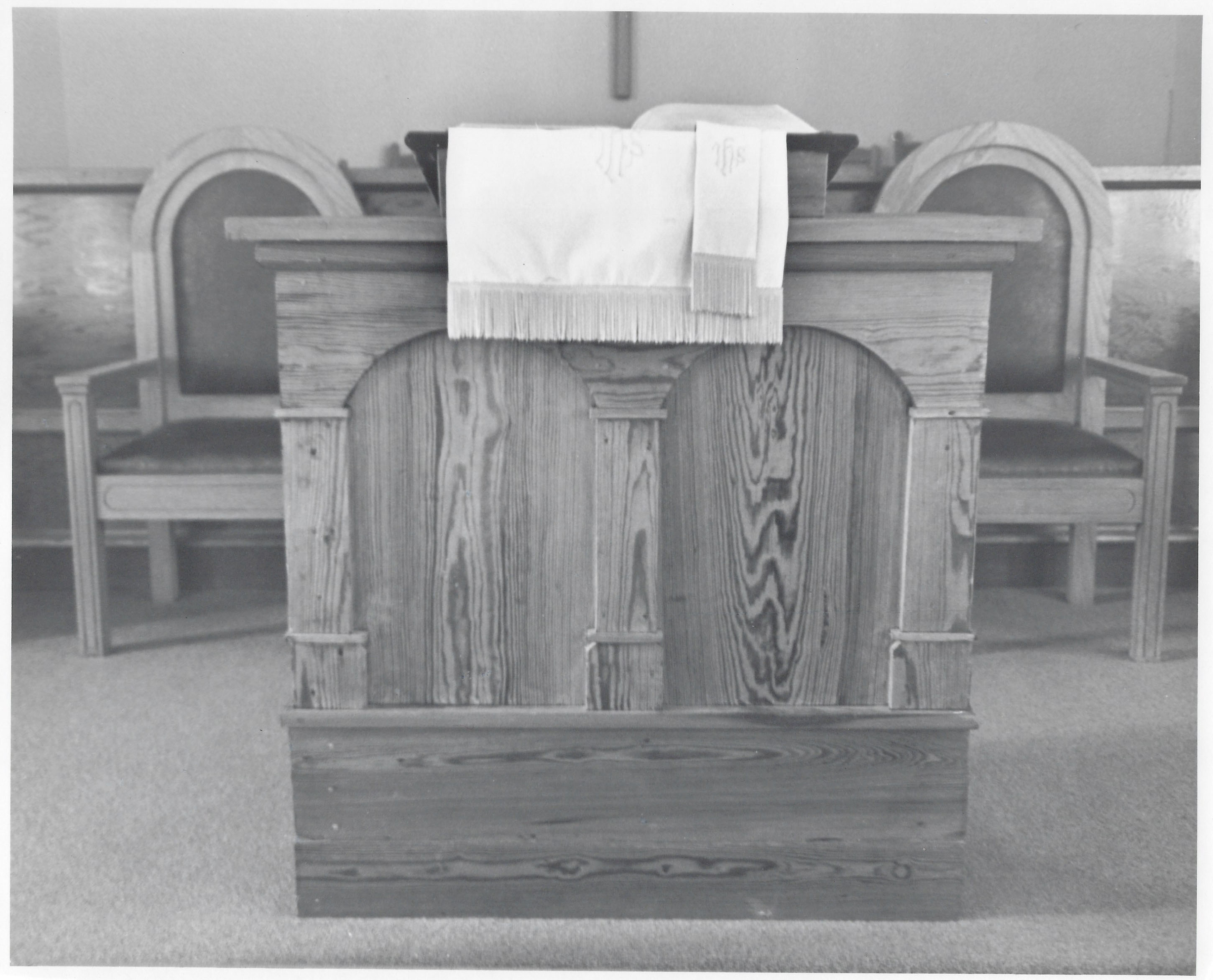