In 1976 the former home of Blind Hugh Archie Cameron was a cattle barn.  Blind Hugh Archie was the neighborhood arbitrator when any discussions or disagreements arose.  It has been said that few of his decisions or recommendations were questioned or challenged, such was faith in them.

The building, whose chimney has since fallen, was apparently small, but unusual.  The corner stairwell was paneled. The floors were of wide boards and the upstairs fireplace was a small one as usual in a bedroom. It was unusually shaped for the room that ran the full length of the upper story.  The windows alongside the fireplace on either side were floor based. Walls of the upper room were hewn so that the inside was smooth and without chinking.  The walls were of logs. (On the outside someone has covered them with some form of roofing.)

Holy Lord hinges held the doors and the nails were hand made.

The logs underneath the home were the usual long smooth logs running the length of the space they supported. 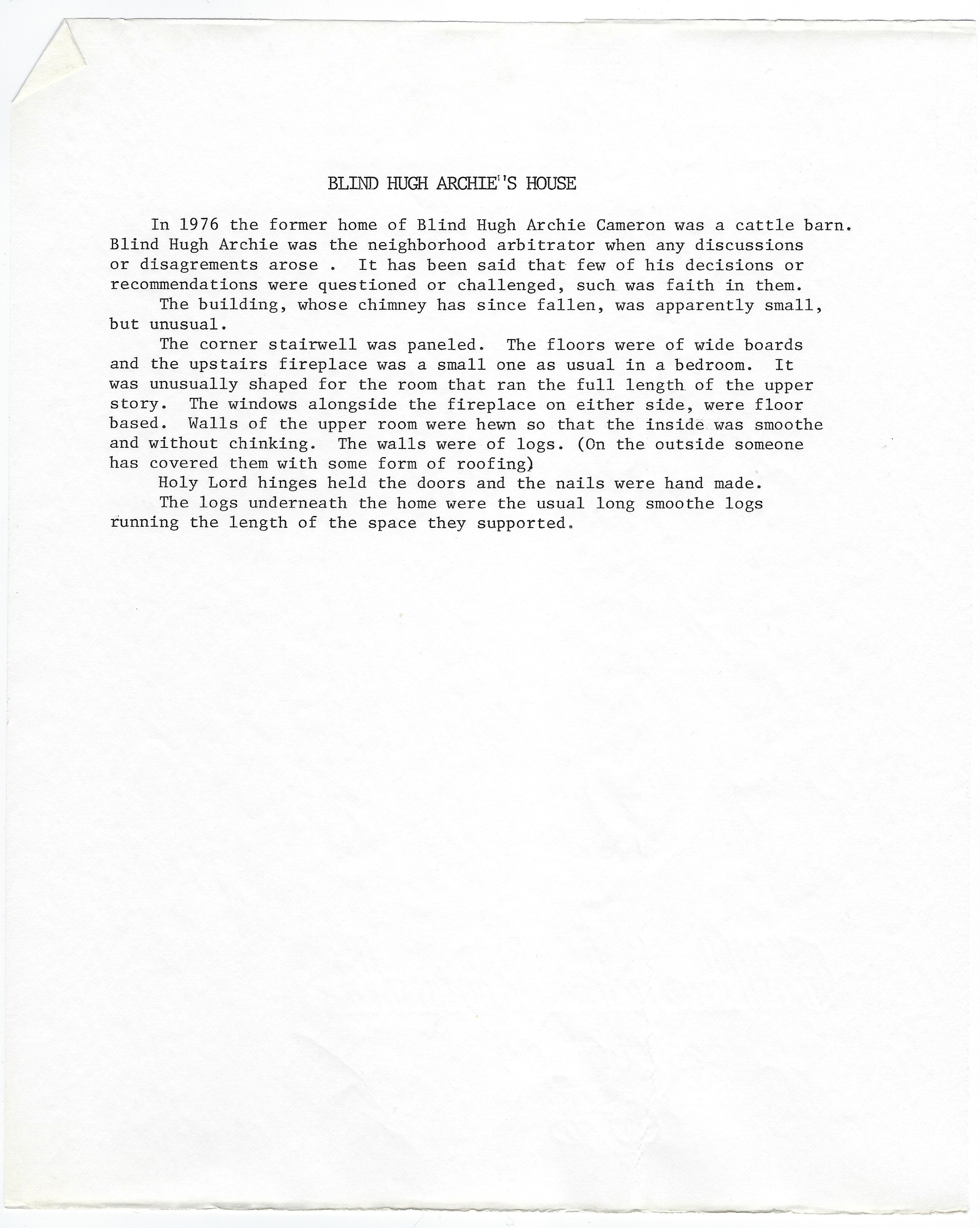 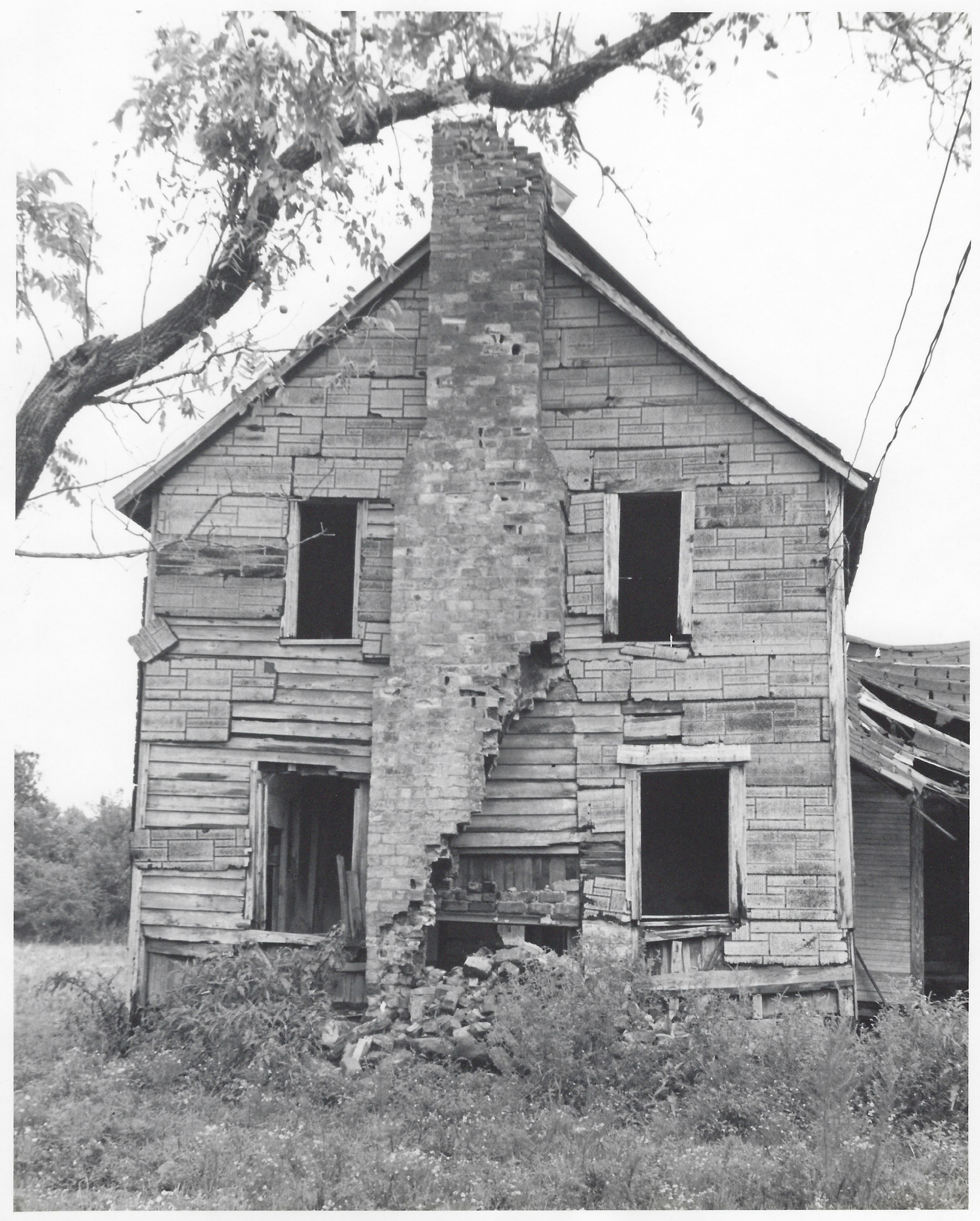 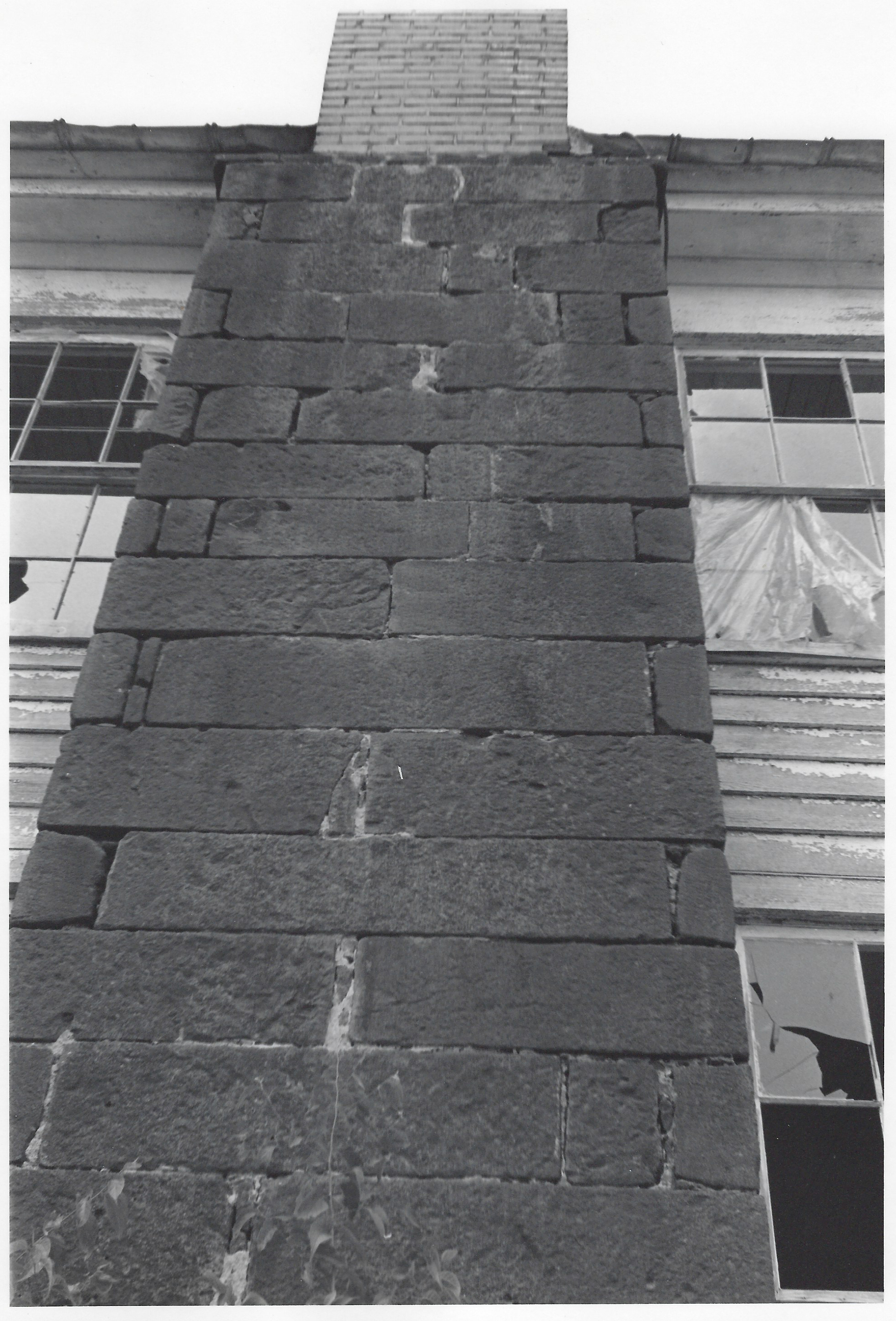 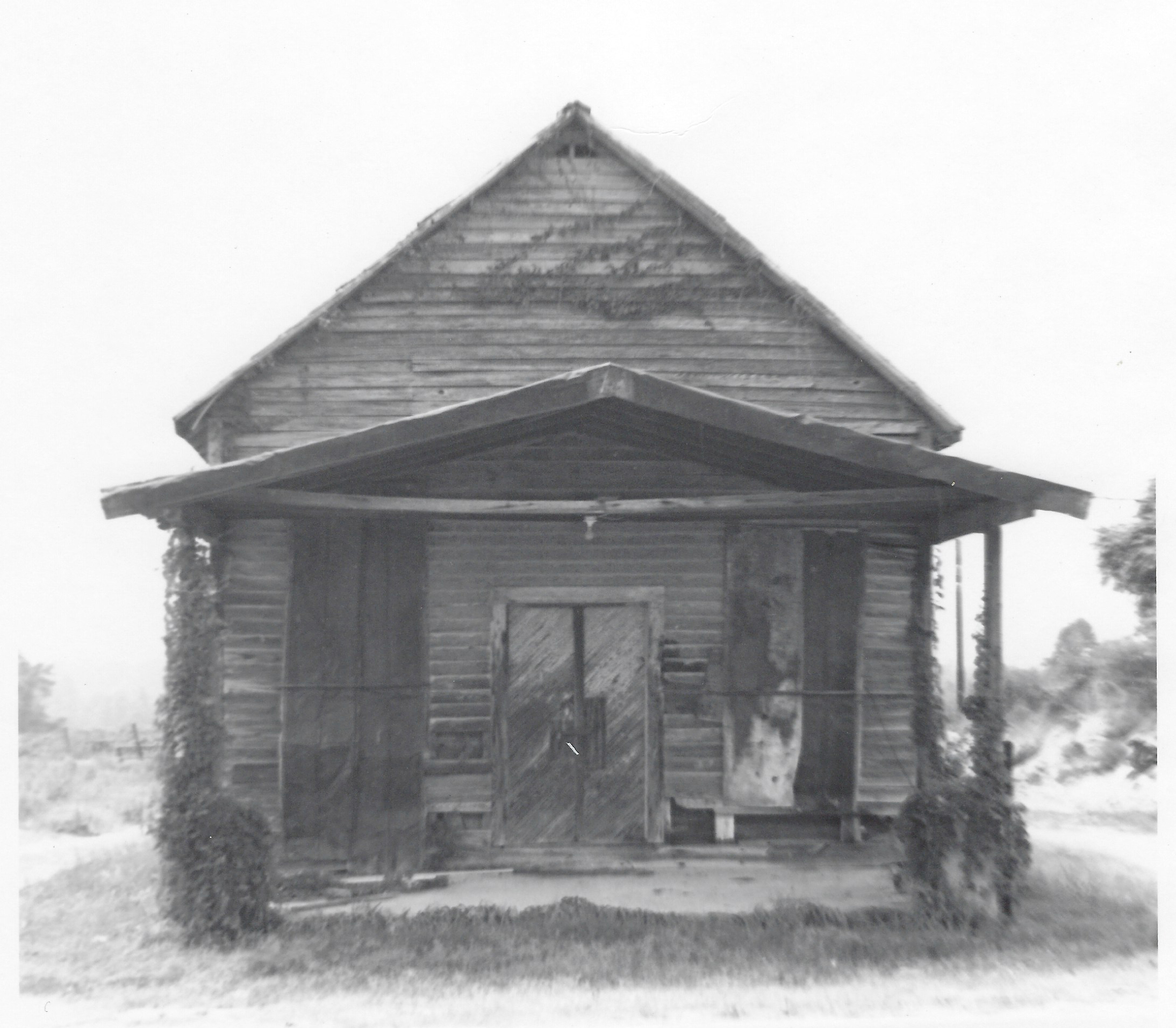 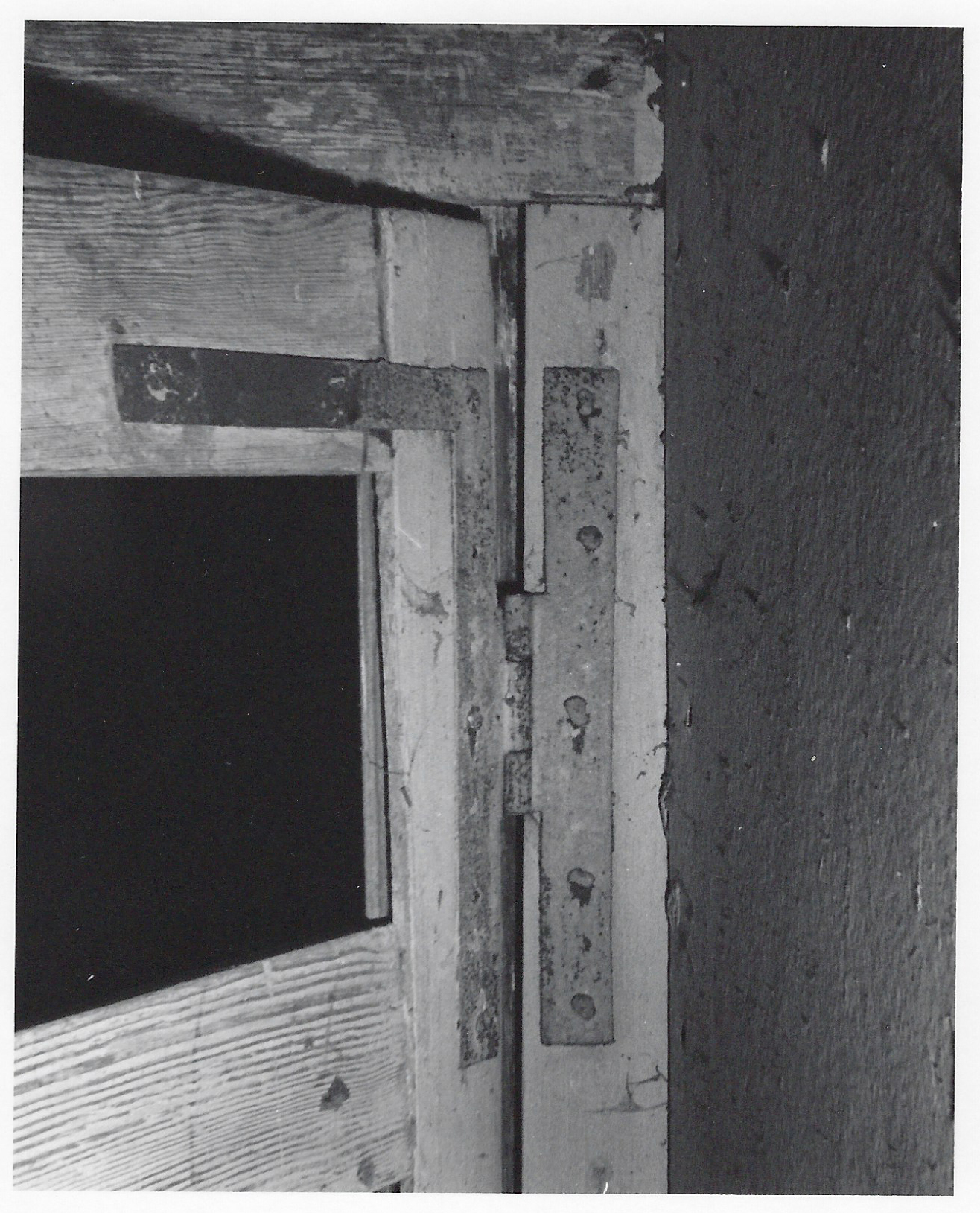 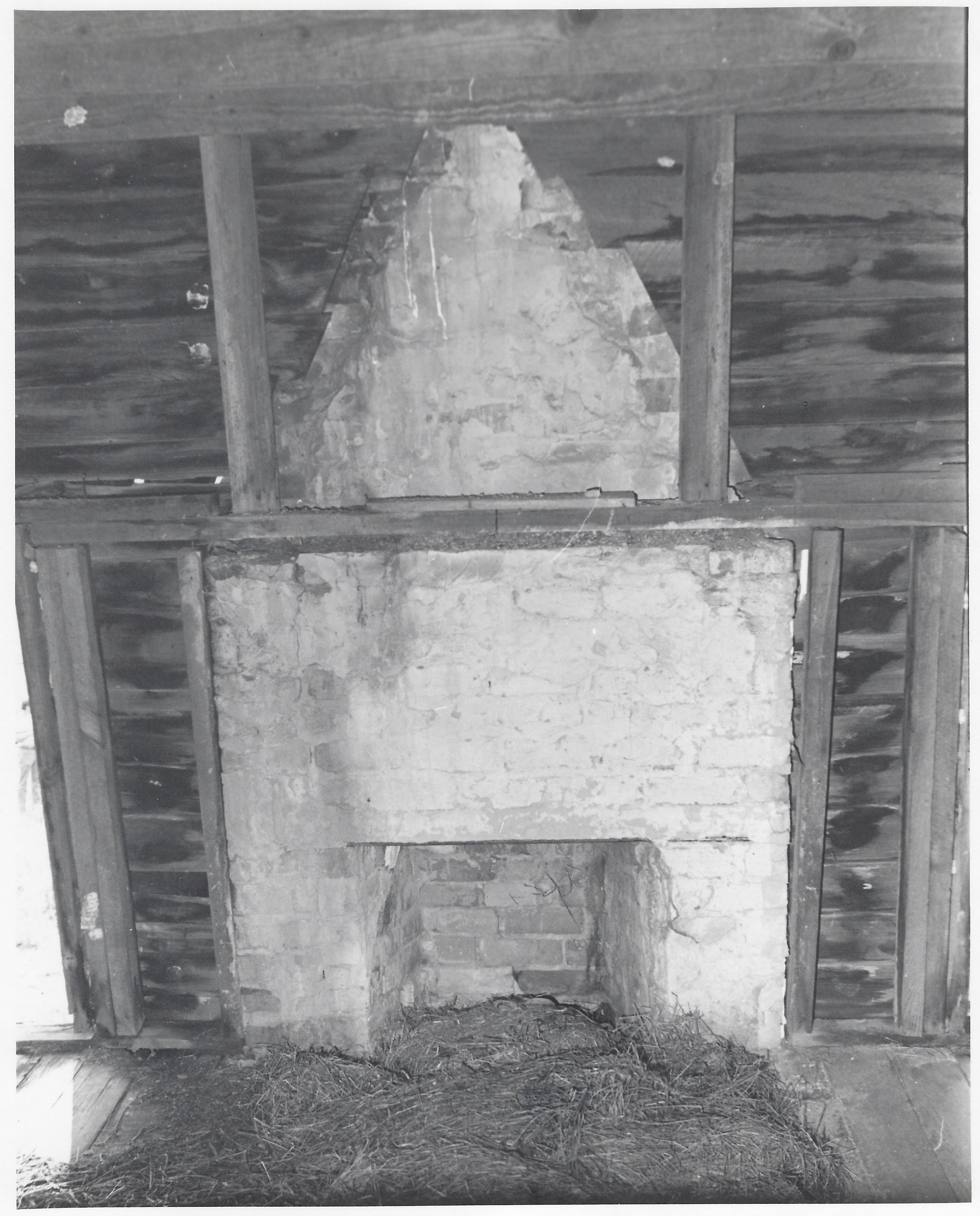 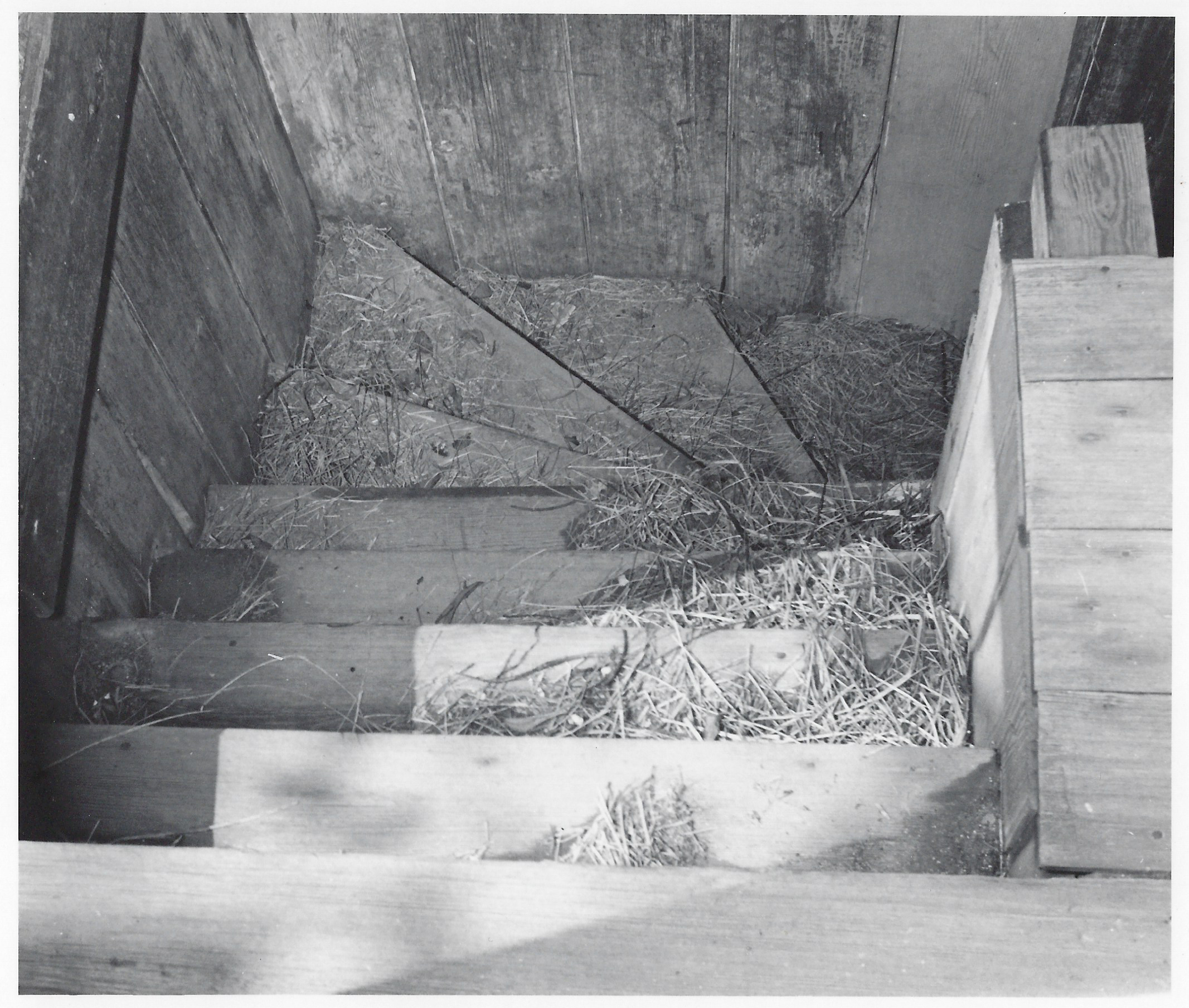