Pictures show the remains of the Harrington Post Office. At the time of this Post Office it was customary for the postmaster to have the home as the office, and it is said that Mrs. John W-Lean Harrington often put on a big pot along with a smaller family pot on the days the mail was expected so that the customers could have food while waiting for the mail.

The Harrington Post Office was put into operation before the Civil War, and remained until 1908 before being closed.  It was from this point that John McLean Harrington also issued his handwritten newspapers or magazine. Some of the copies are in the Duke Library where they may still be seen.

On the walls of the attic room is the signature and dates, which may still be seen.

One of the unusual features of the building is the fact that it was first made of logs and these were covered with wood siding as shown in the pictures. Whether it was an original building feature or some later additional improvement is not known. 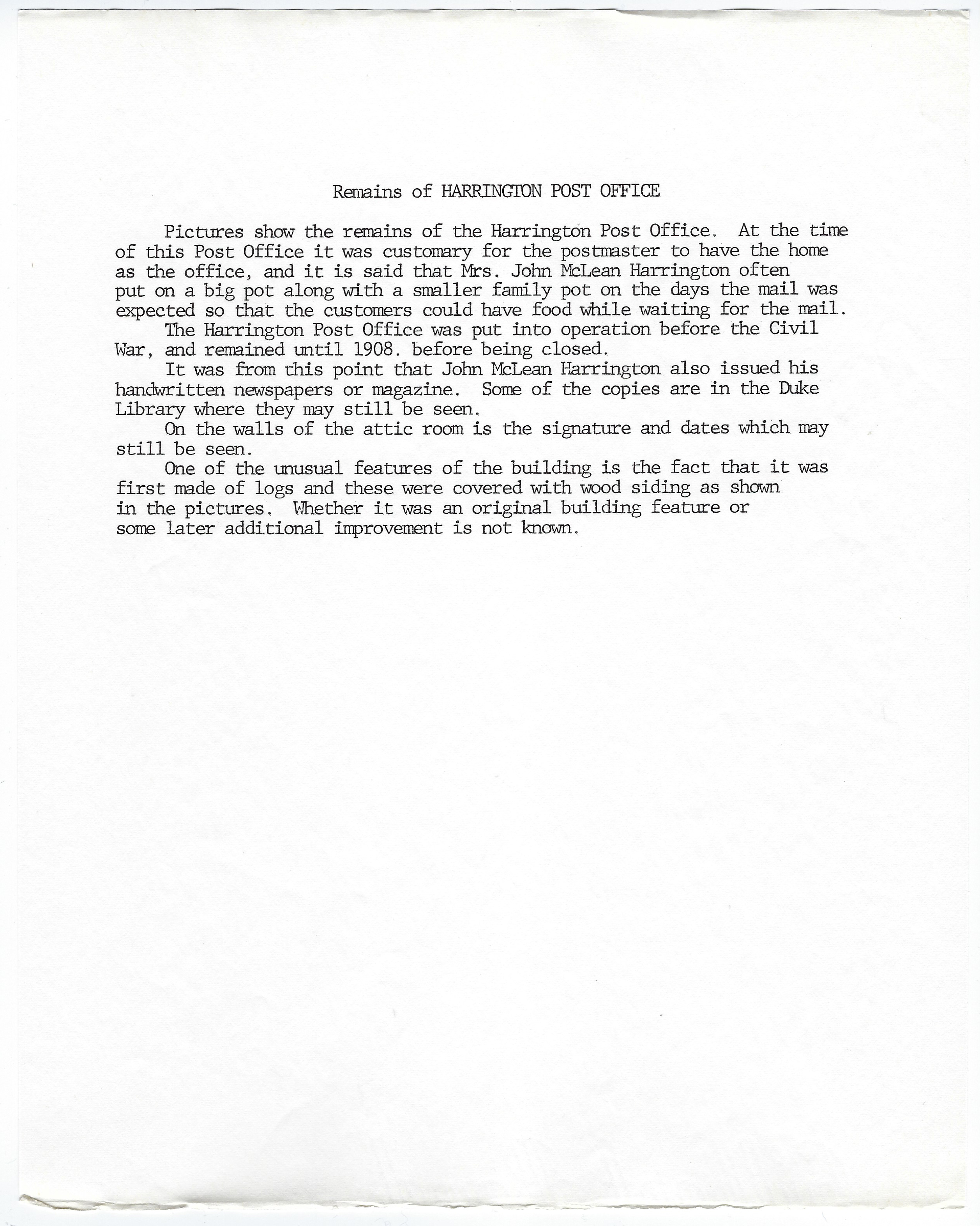 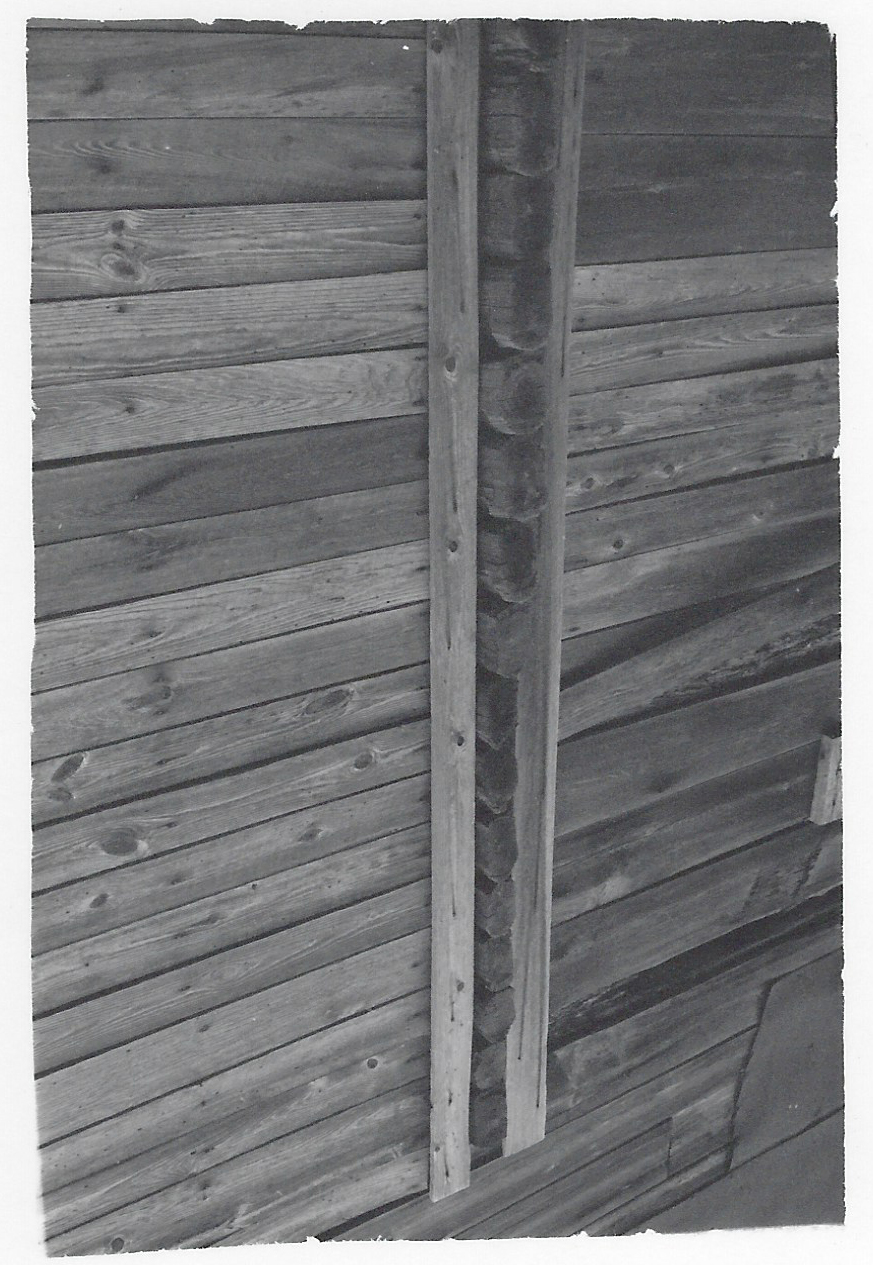 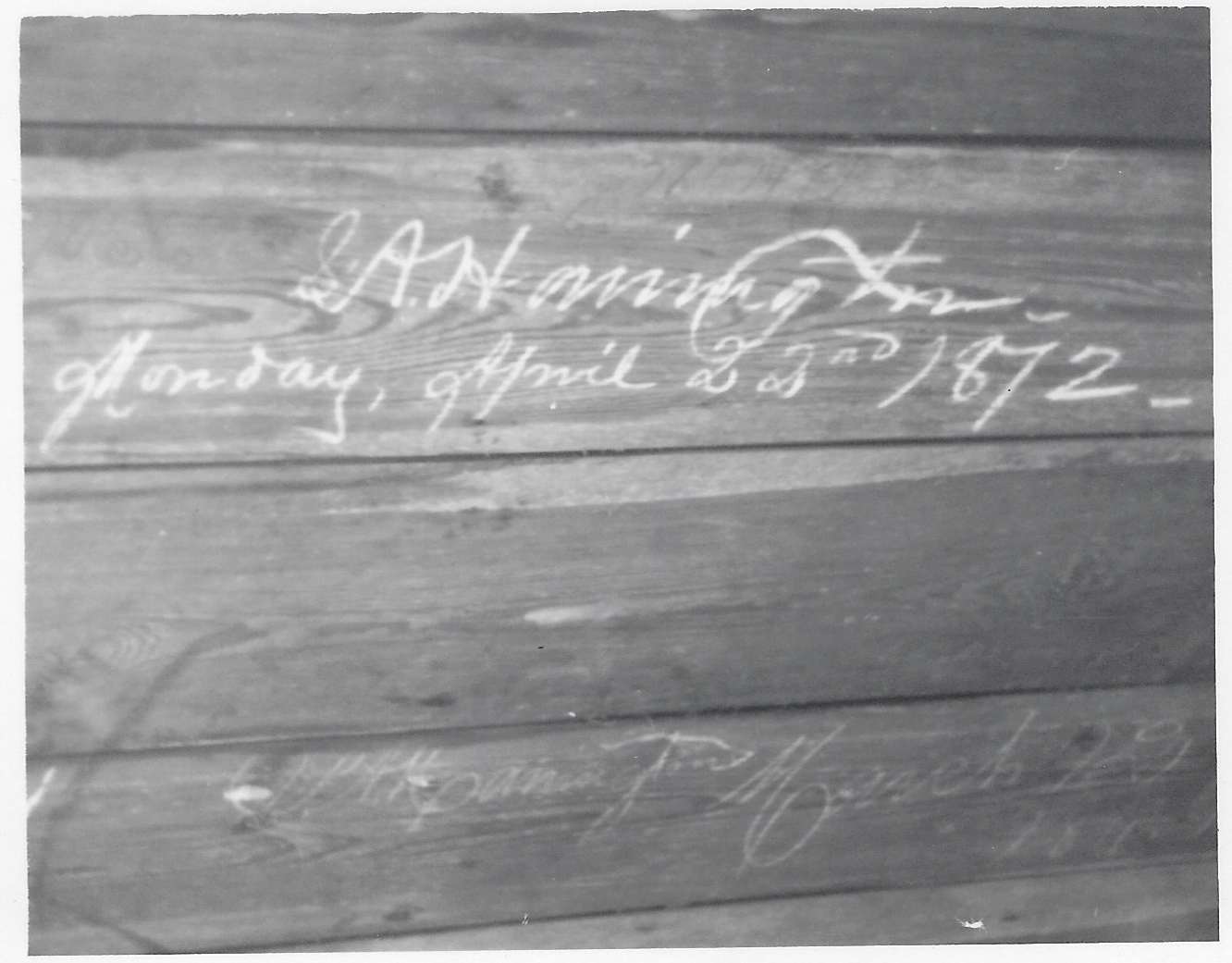 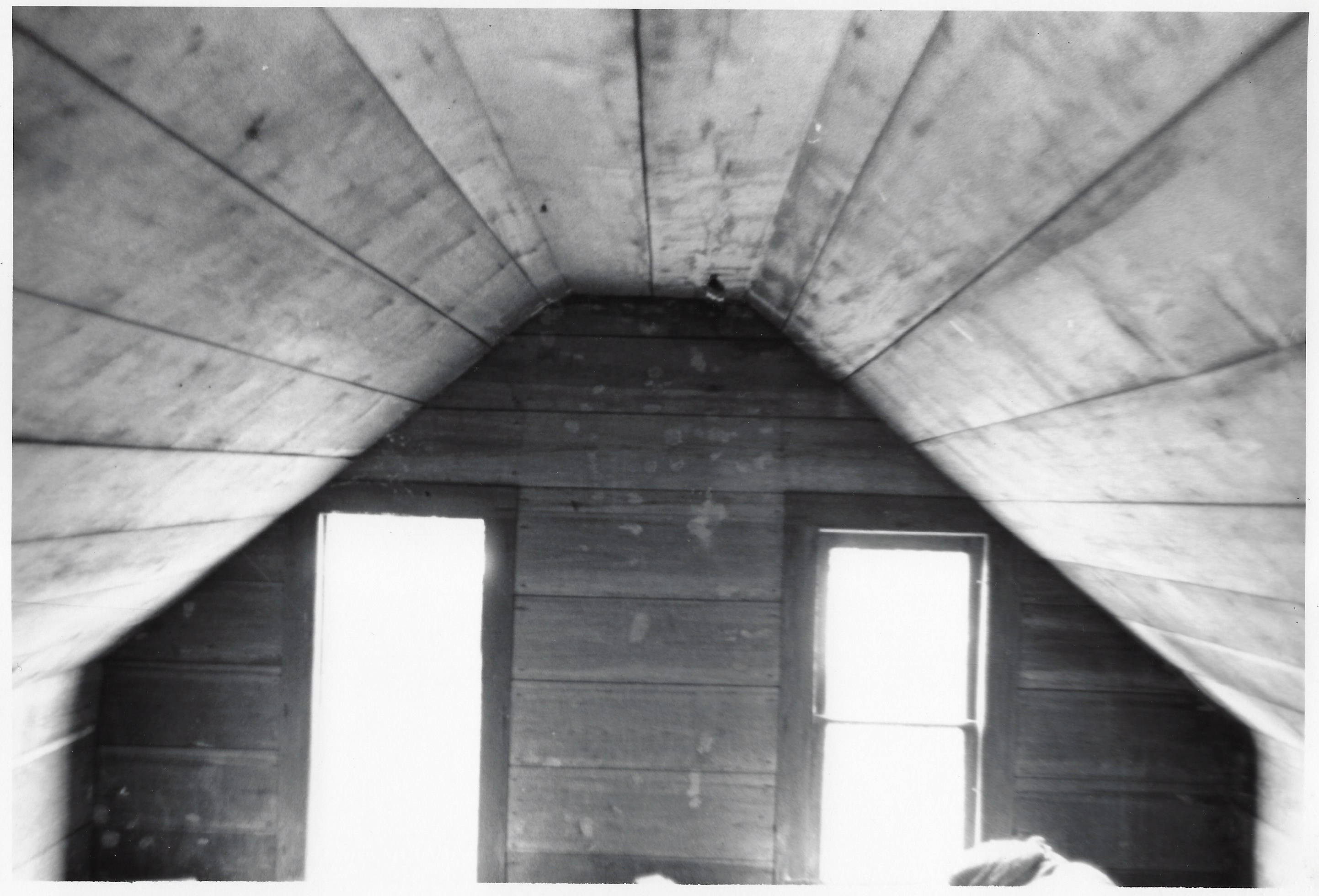