The John Avery Home was built about 1830.  Each door and door framing was individual and different from others and in natural heart pine

The paneling was of wood also in heart wood-and appears to have been put together with hand wrought nails of iron.  The mantle was made with panel insets and enclosed with grooving or reeding the windows of the same glass that was originally put in. Frames around the windows were put with the same nails as the rest of the home.

In 1976 the home was taken down and moved to Fayetteville by a Fayetteville resident immediately after the included pictures were made.

It is said that Thomas Avera had five sons who went to war, but only one returned from the Civil War.  He is said to have written his family he would desert if he ever got close enough to his home to do so.  He was in the Battle of Averasboro and did desert and came back.  John Avery is said to have come back and spent several months hiding in the fields back of his home until it was safe to come out of hiding. 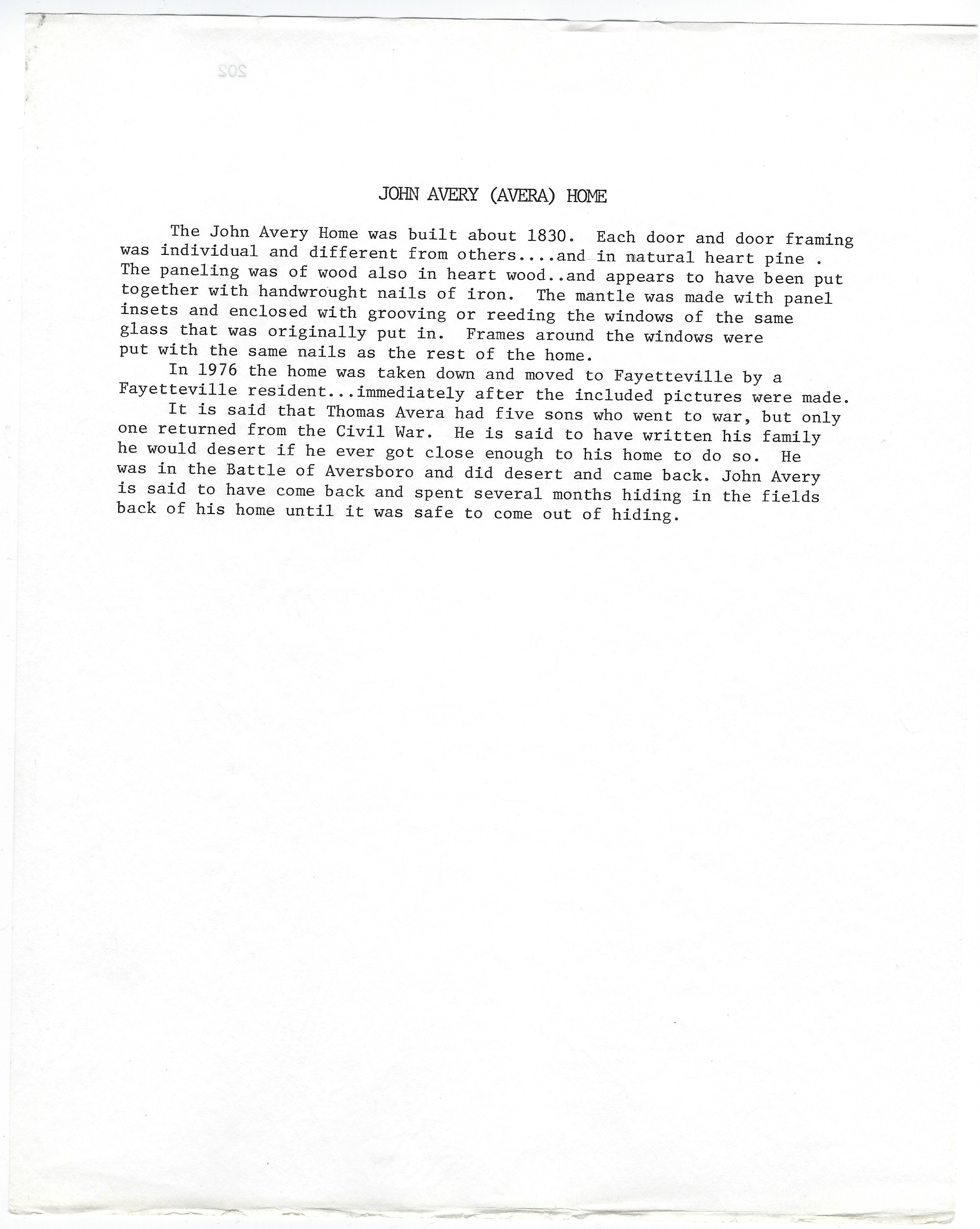 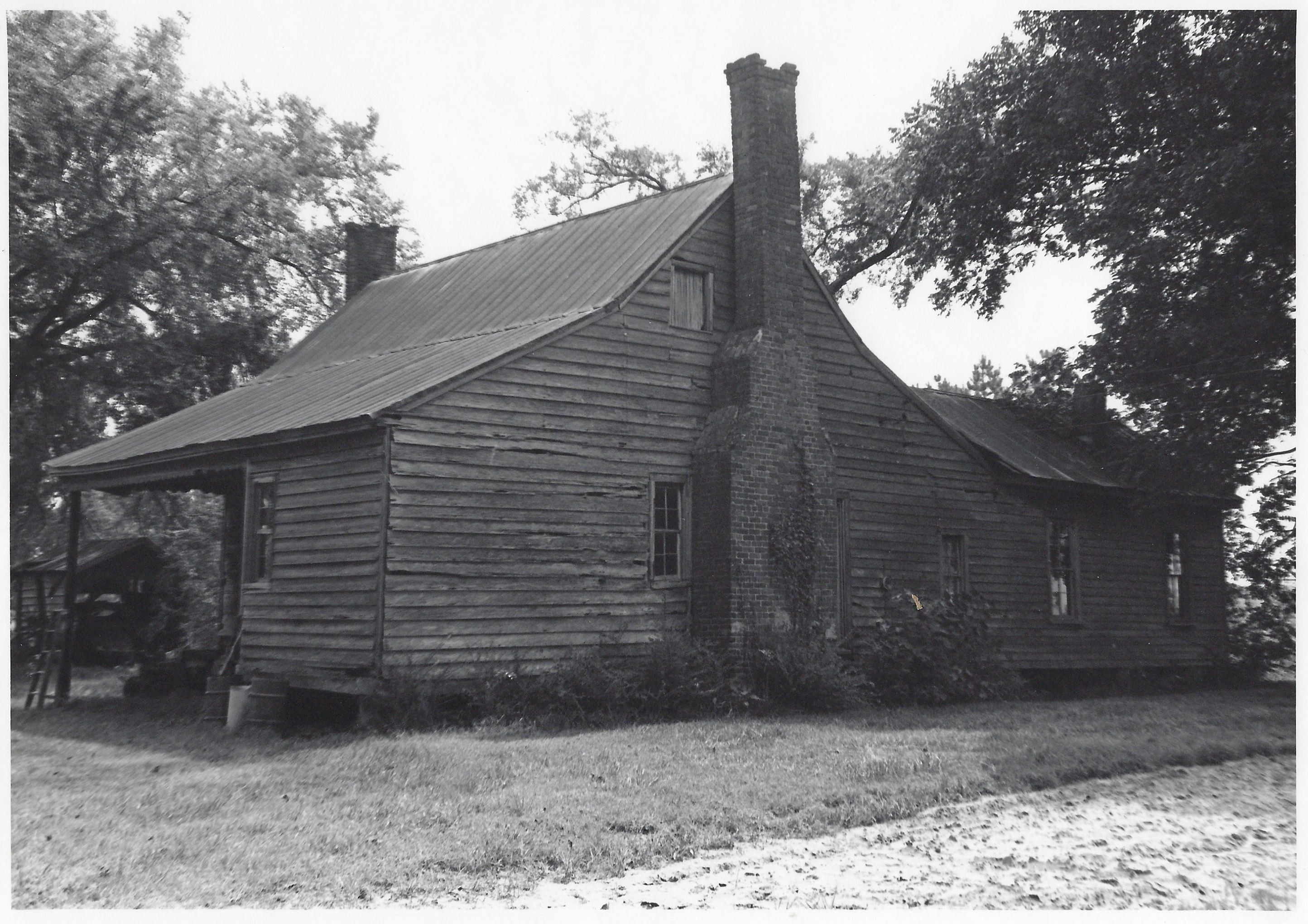 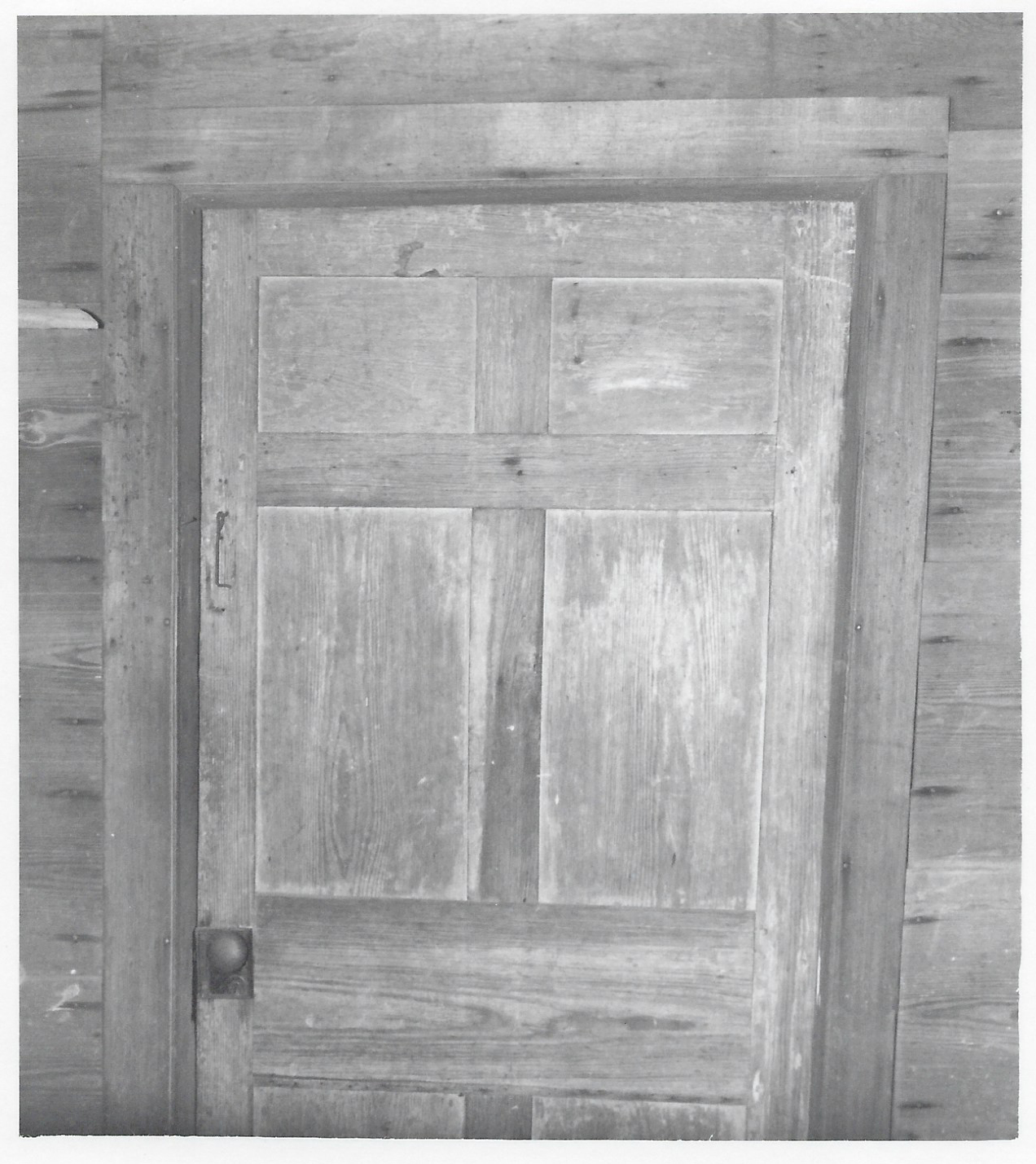 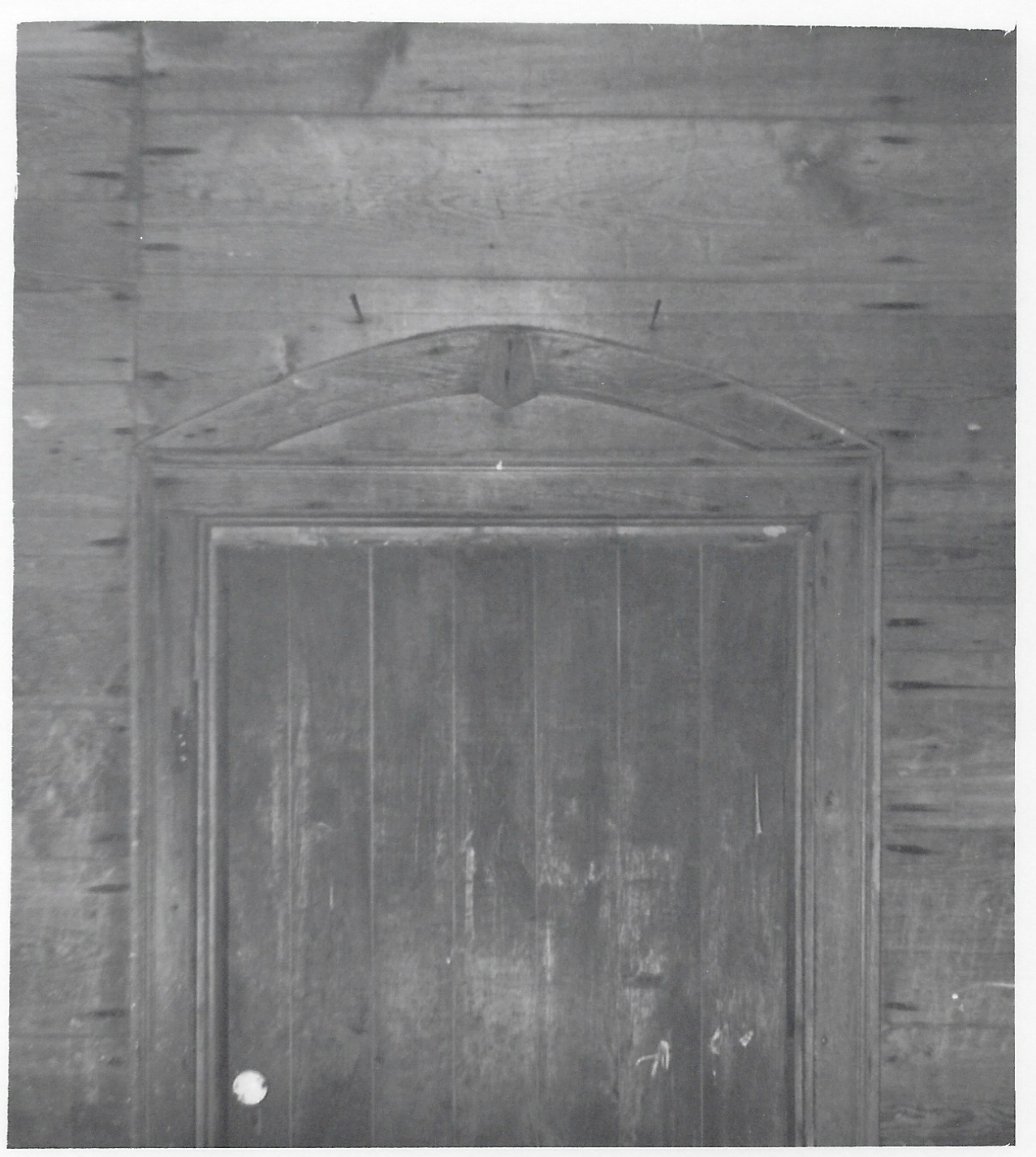 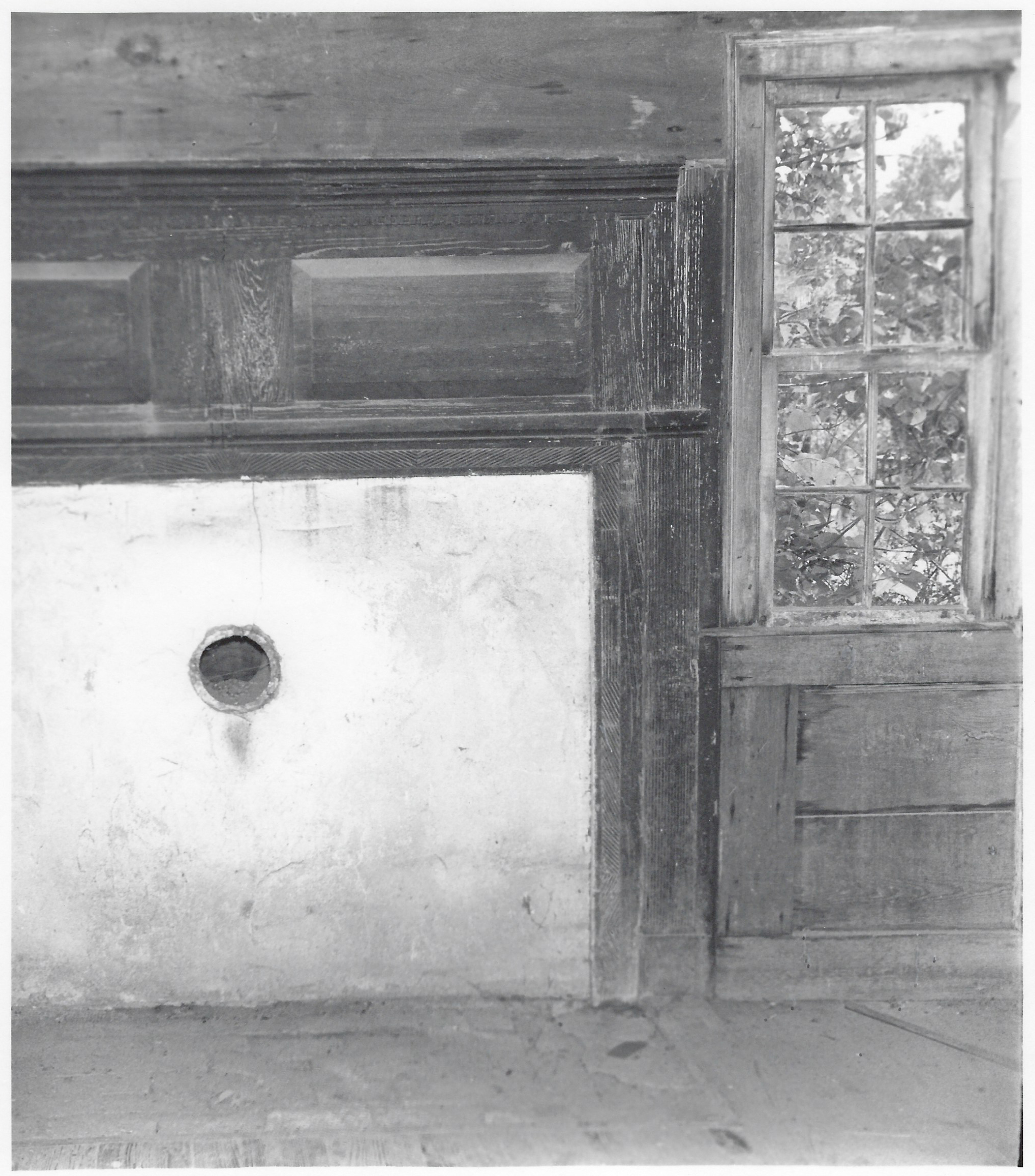