Barbecue church is the first Presbyterian Church to be organized in North Carolina with a regular pastor.  The pastor was Reverend James Campbell.  It was the mother church for several others, including Tirza, the fate of some are unknown, such as the one at Averasboro.

The Reverend Campbell was the first pastor, arriving from his work in Pennsylvania to organize Barbecue in 1757.  The first burial was in 1780.  It remains a testament to the people who make up Barbecue.

It is said that the body of a stranger was found, frozen on the steps of the church after a storm.  Some stories have it that people heard some one knocking on something, and the next morning found the frozen body with no identification.  He had been unable to gain access for protection. The church buried the stranger, and since then have a policy that the doors of the church must remain open. They erected a monument to his memory though there was no identification. The present building is the third to be erected at Barbecue.

Barbecue, like others of the era, has the beautiful yellowed pine furnishings and rich floors of wood, Barbecue has the most complete history of its organization, pictures and relics which are kept for public viewing reminding them of the part it has played in the history of Harnett and the community. 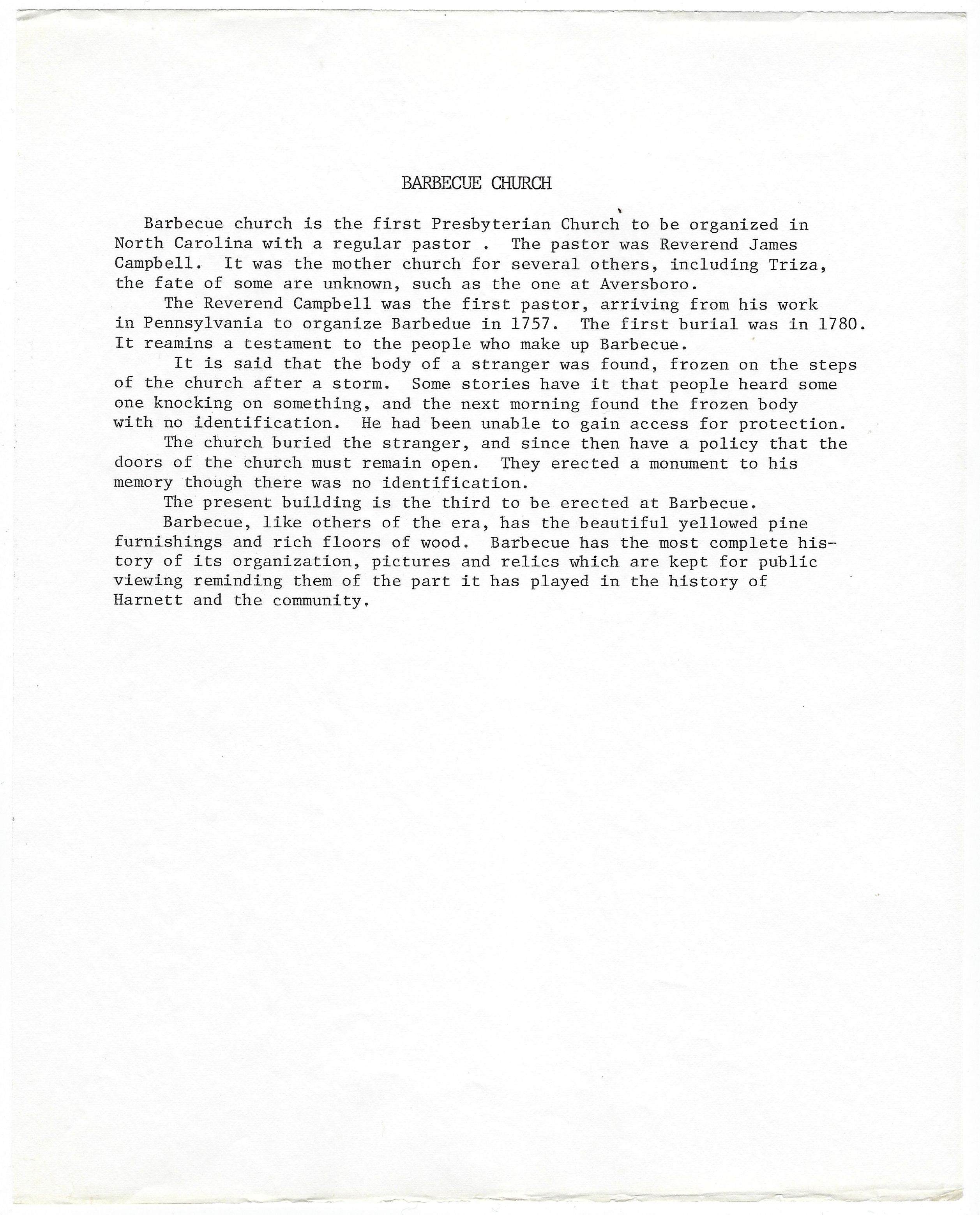 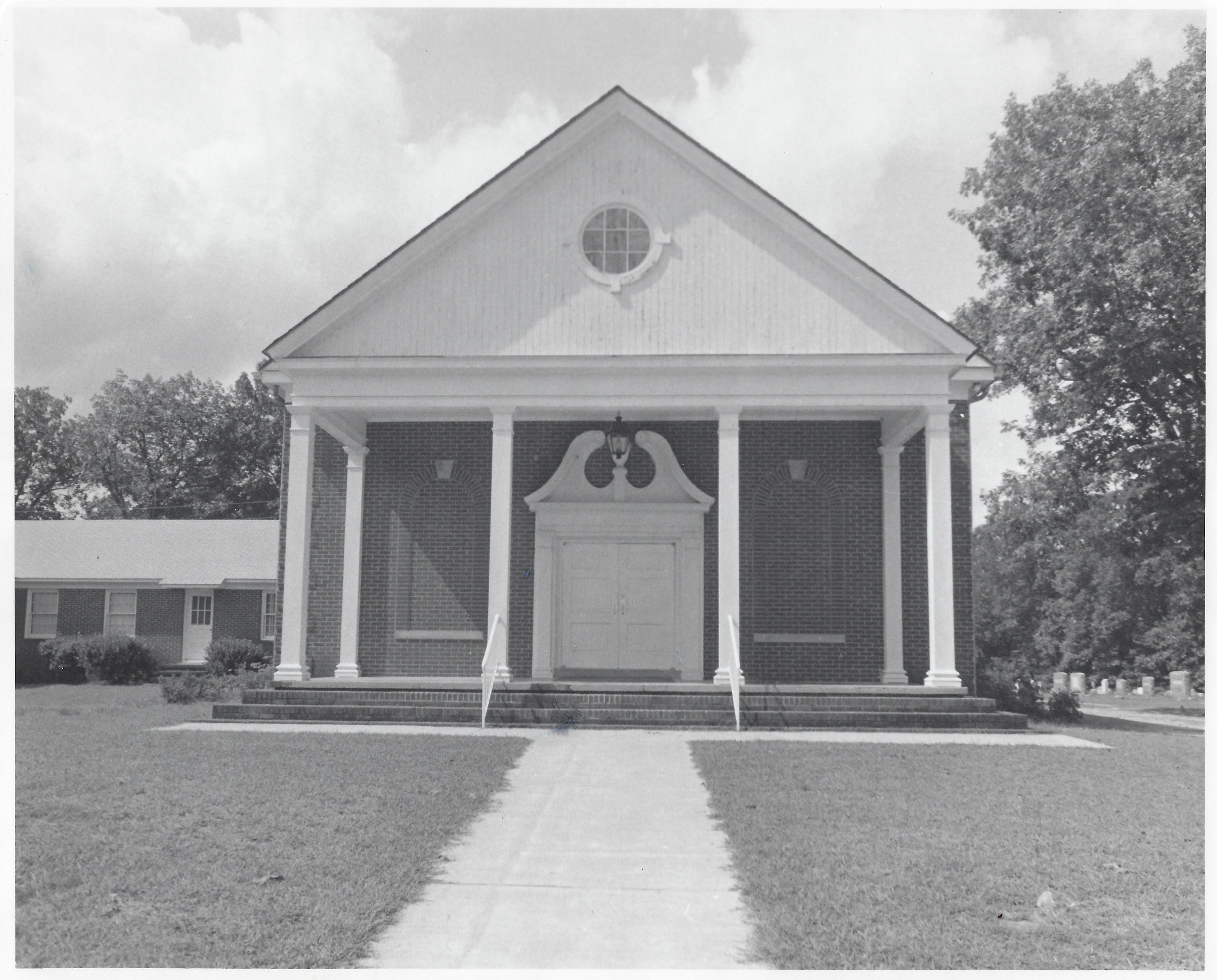