Your Board appointed me to the Bicentennial Committee of Harnett County in the spring of 1975. Later I was named photographer.

For the past year, an effort has been made to record in pictures the places, the things typical of the times, and the making of history, for an understanding of life of the times. They have been photographed JUST AS THEY EXIST TODAY after the passage of time, or as they existed when recorded.

Hewitt Brown, a native of Harnett County, and his wife Brenda, greatly interested in Harnett History, gave generously of their knowledge and time, assisting in the work undertaken.

The photographer willingly volunteered personal time and resources to the county which has become home, and to the people who have accepted a stranger in their midst.

The collection of pictures submitted herewith is incomplete from the personal files, which could add to the collection. With time, vision has been enlarged to include many things, which have been, are and will, eventually, be a peep into the past. These may well add to the collection as an on going and enlarged record, which will take more time than has thus far been available.

It is hoped that citizens can, and will, make available information of historical value to be copied or photographed as a more complete preservation of the history of Harnett County and its people.

There are other pictures that may be made as the county history moves on.

PURPOSELY, there has been no grouping of the pictures into catalogued specifics. That was NOT the way the county was settled or grew.  There has been no effort to separate the homes of the wealthy from the more humble, or modes of life. That was not the purpose of the settlers of Harnett.

The apparent growth of Harnett was neighbor next to neighbor, and heterogeneously from section to section...so to reveal Harnett History the format must remain the same.

Since photographing, at least two buildings have been demolished.  It is to be hoped the county may see fit to create some provision for recording some more of its historical data as time moves in the progressive era Harnett County now finds itself. 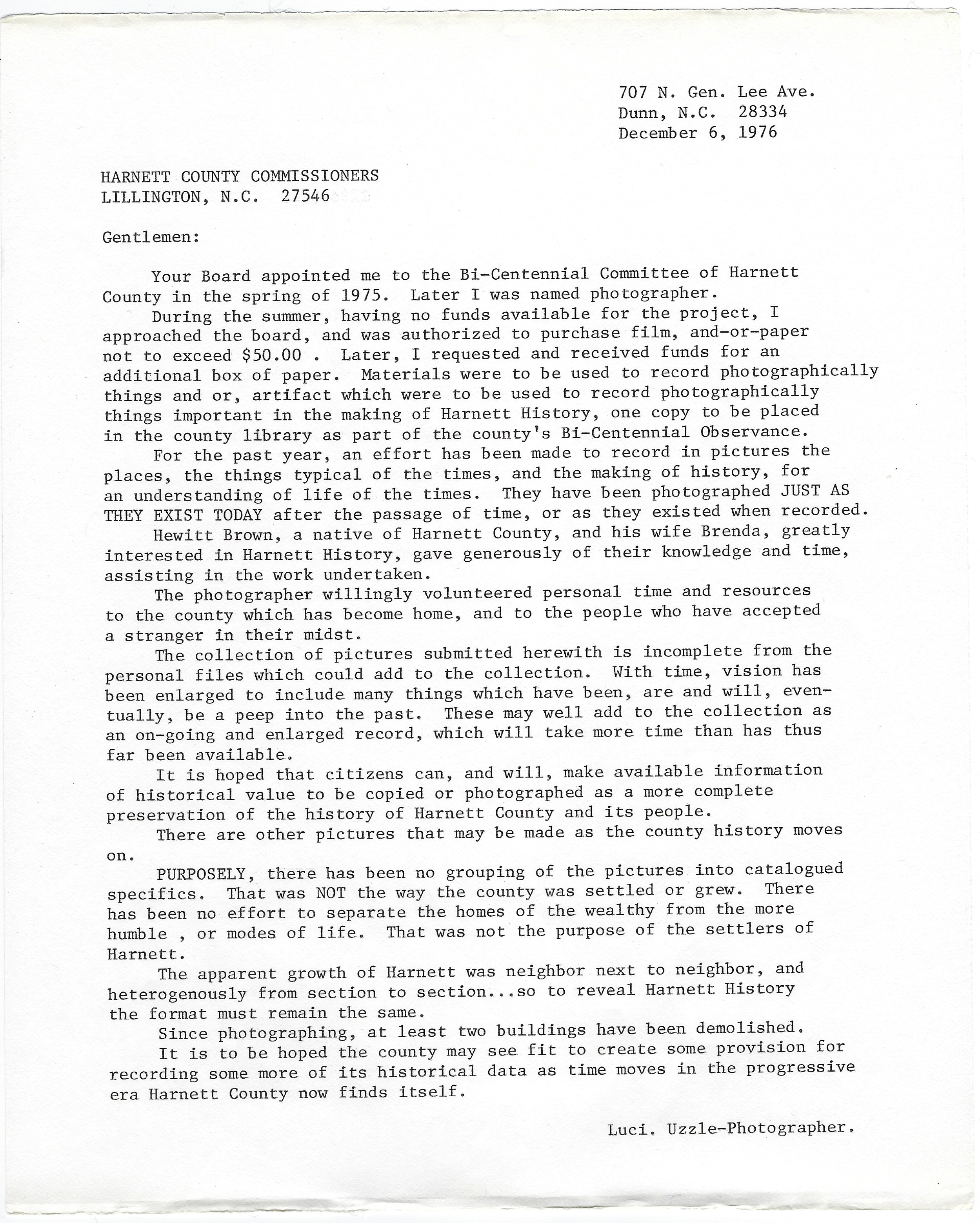