The family of Darroaches lived in western Harnett.  The name means Oak Tree. The last surviving member of the family speaks Gaelic in the original tongue.  In the older building hangs a wool uniform which is made of wool and was used in the Revolutionary War.  It would not survive cleaning, but the outlines and the tailoring is very evident and the blouse is still intact.

The picture of the barrel shows the white residue of salt that once preserved the meat of the family after it was killed. It has survived the years intact. The staves are all in place and held by the original bindings.

The door shows the latchstring arrangement of the latch and the pegs that were used to put the door together.

One feature of the original home of the Darroach family is the door at the side of the chimney, which was used to put wood into the room from the outside instead of having to go through the door.  From it the wood could also be reached from the inside.

The cabin did not rest on rocks as many did, but on wood sills which show in the picture 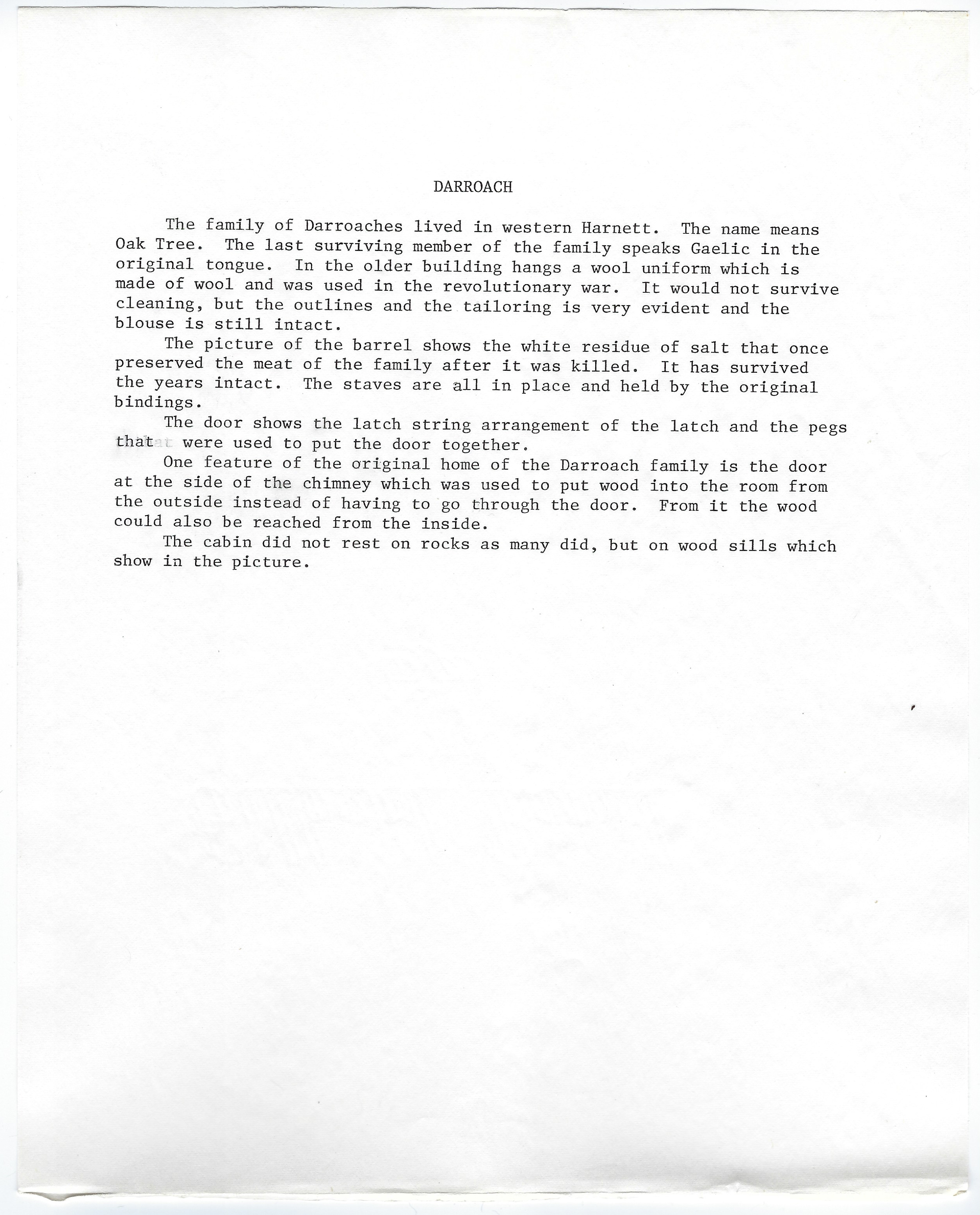 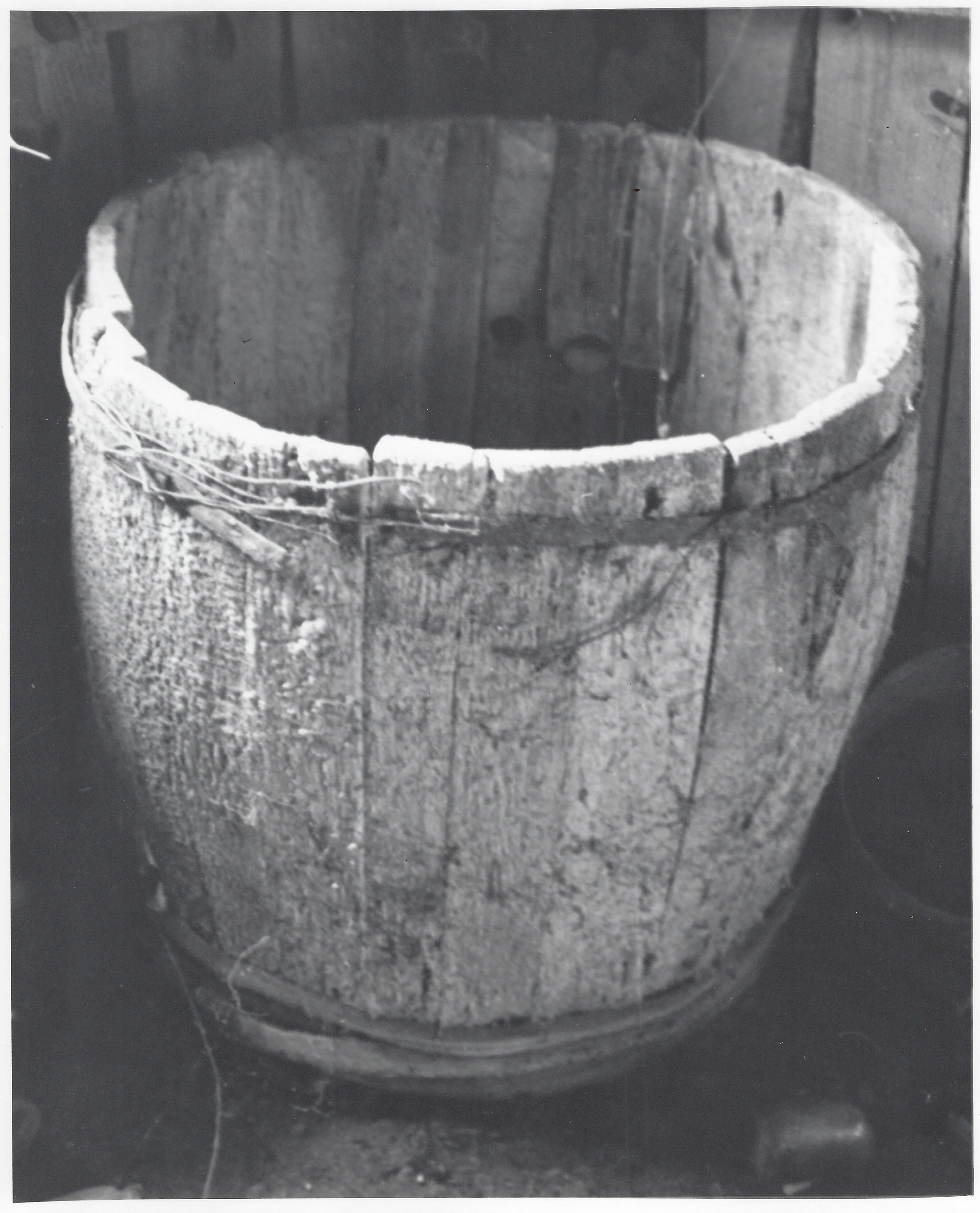 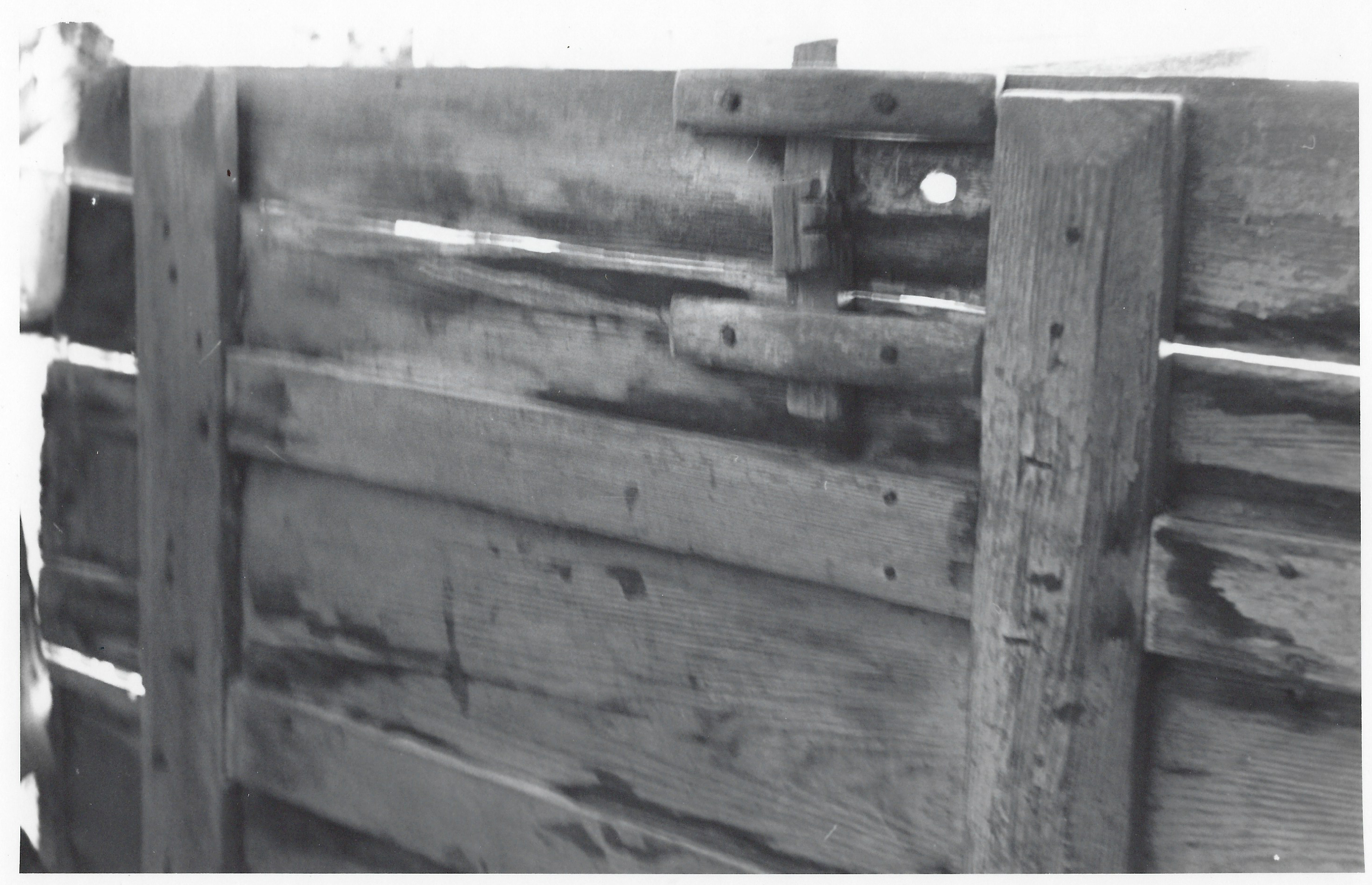 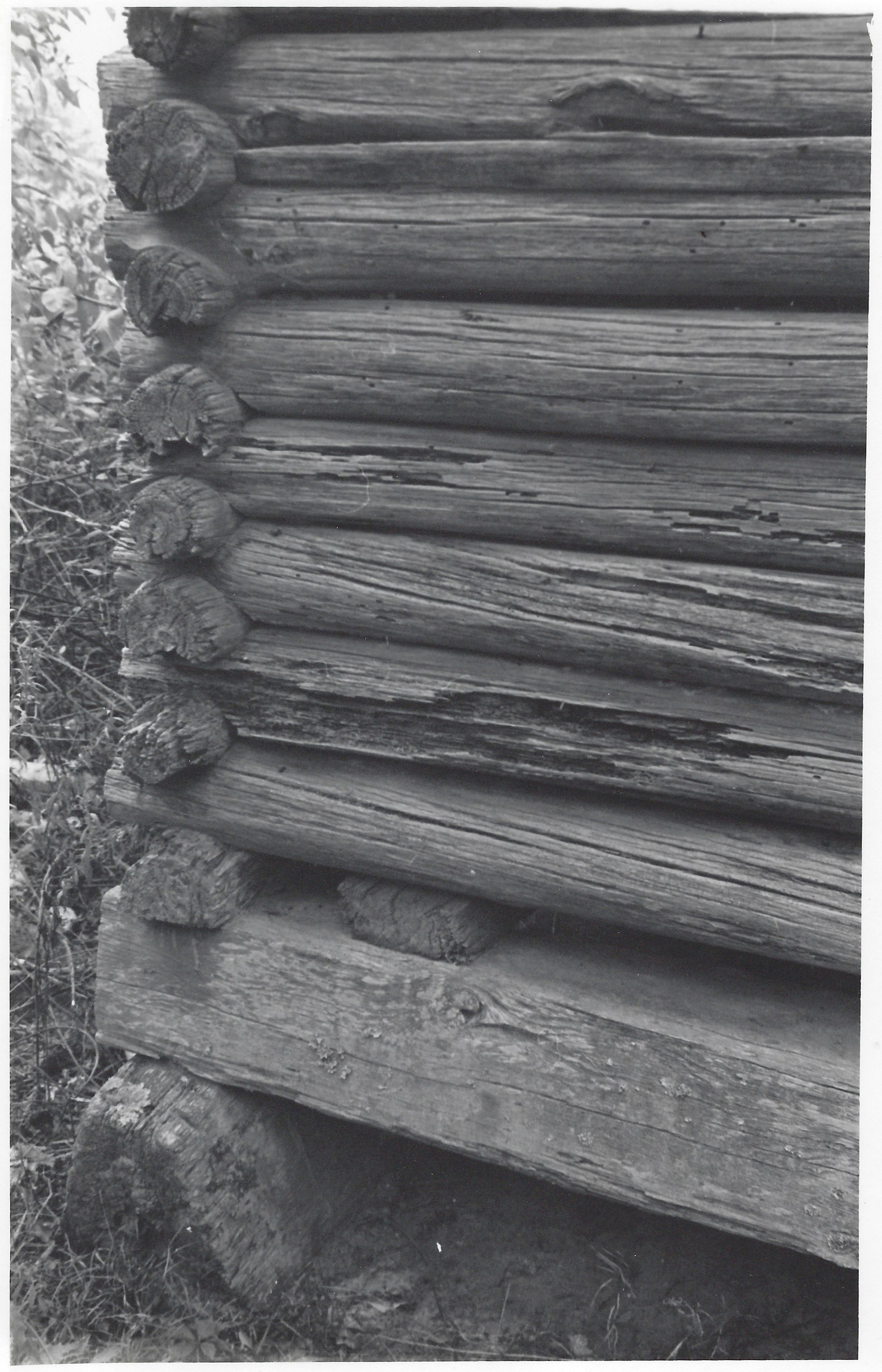