King George documents show a land grant made to John Dobbins in 1775 of 200 acres.  The points of the original survey have been and do check even with today's modern instruments.

The property was passed on to his son and then to David Clark. (Available deeds show authenticity of claim.) The Clark family moved to Chatham County and the Withers family purchased the property, which now owned by J.A. Withers, Withers and his daughter occupy the place.

According to Withers the place once had a Hotchiss gin, corn mill, and saw mill on the river.

Withers says it is thought the house was built by ships carpenters because of the joining of floor joists underneath and the way they are constructed and cut. According to Withers, one end of the house once was lower and had to be raised and leveled. When one corner was raised and leveled, the entire house was leveled. The interlocking of the timbers is the same as in a ship.

The house is 125 years old at least, has never been painted. In the upper bricks of the chimney in upper part is a brick with initials ACK approximately half way between the eaves and the window.

According to stories of the residents one door may be haunted. It will be securely closed, but will without warning open by itself. This house was built about 1850 by Dr .J. A. McDonald. 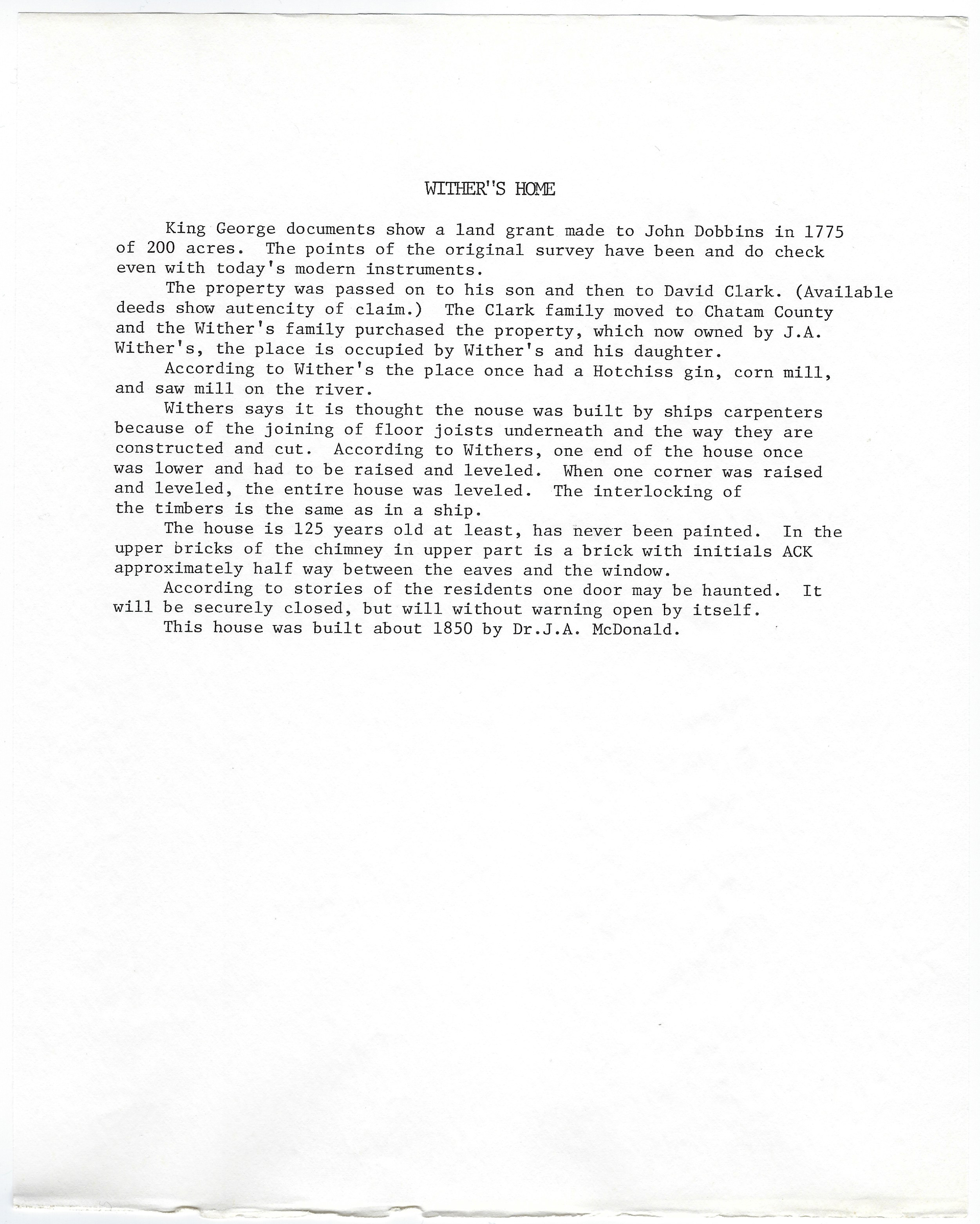 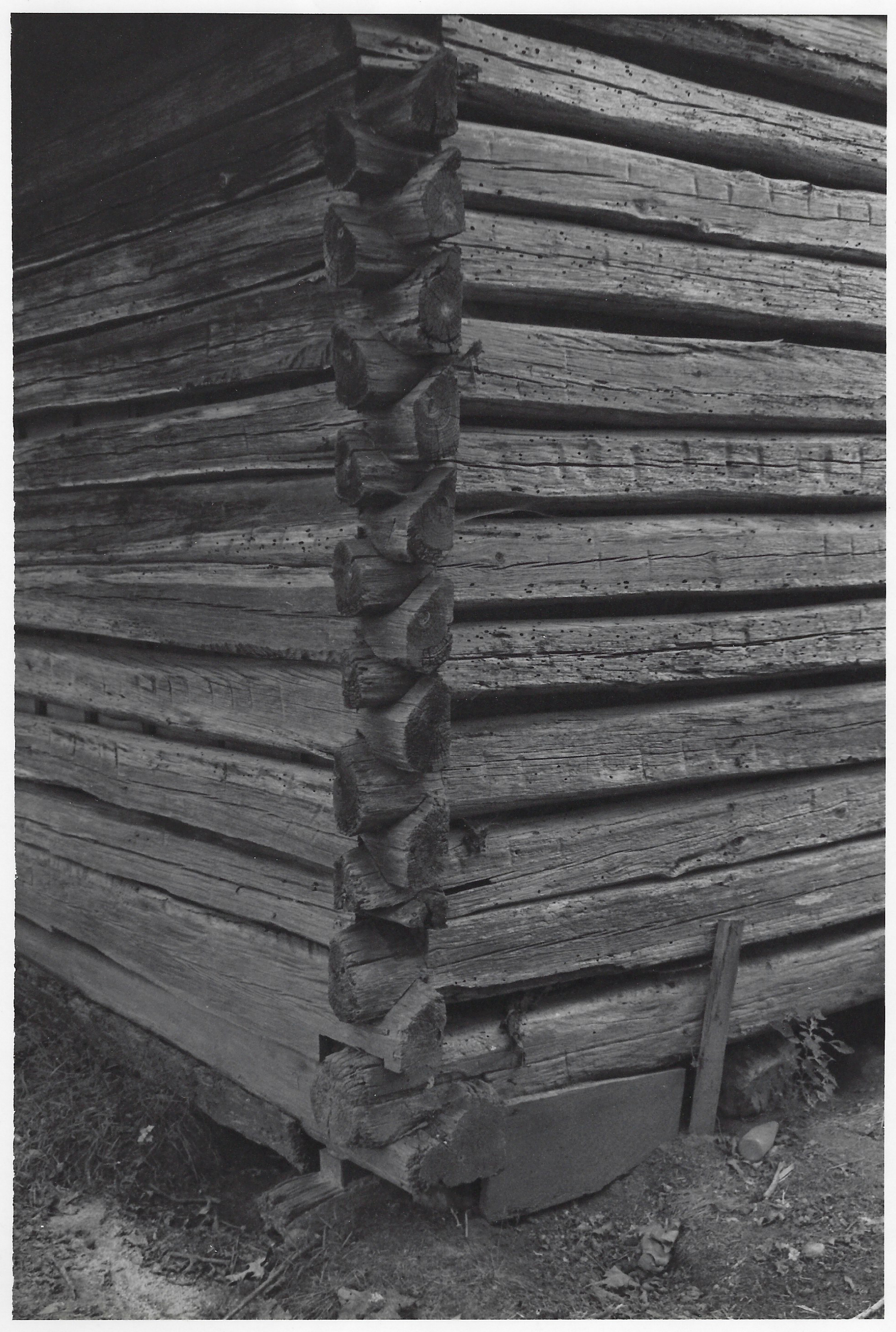 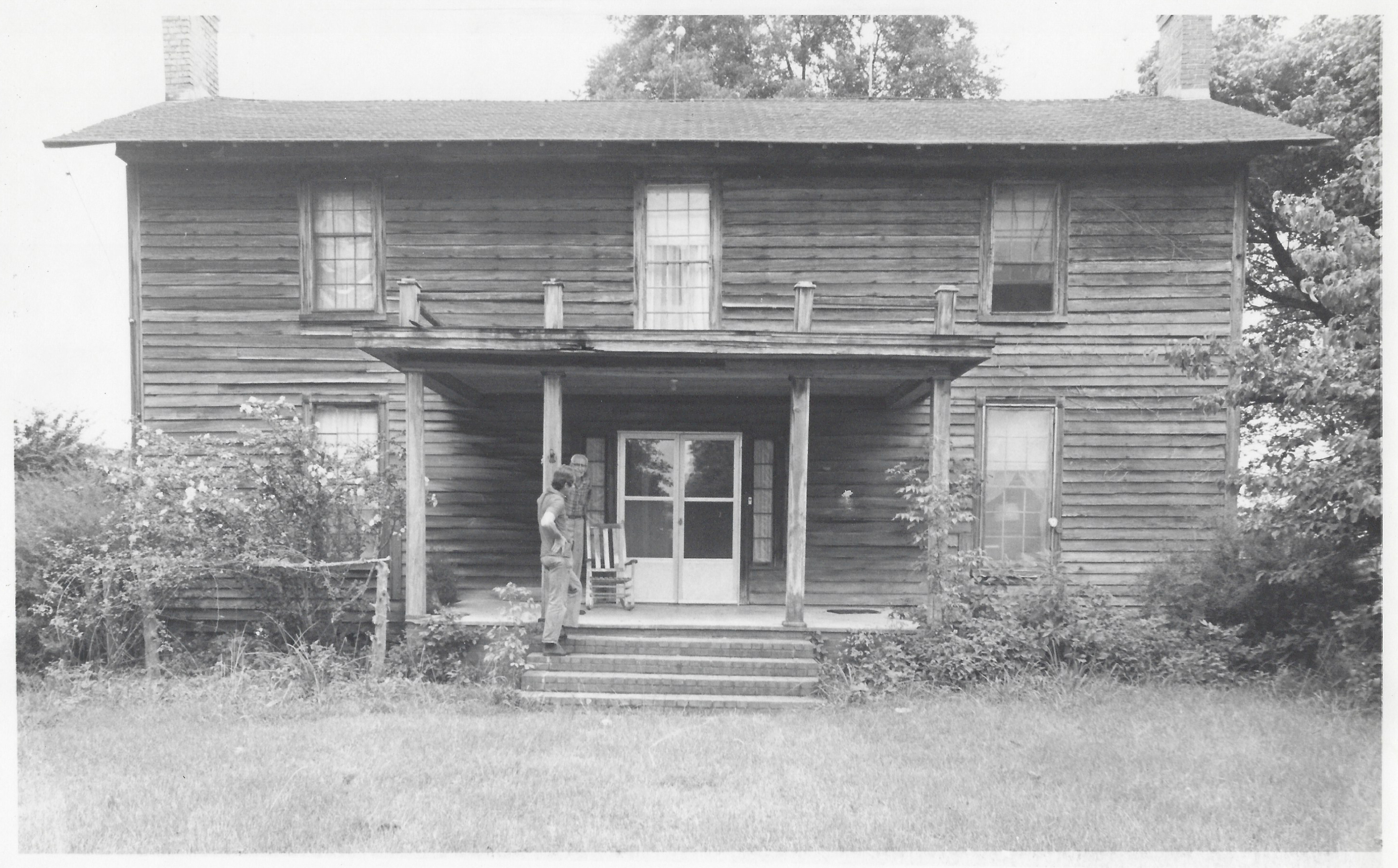